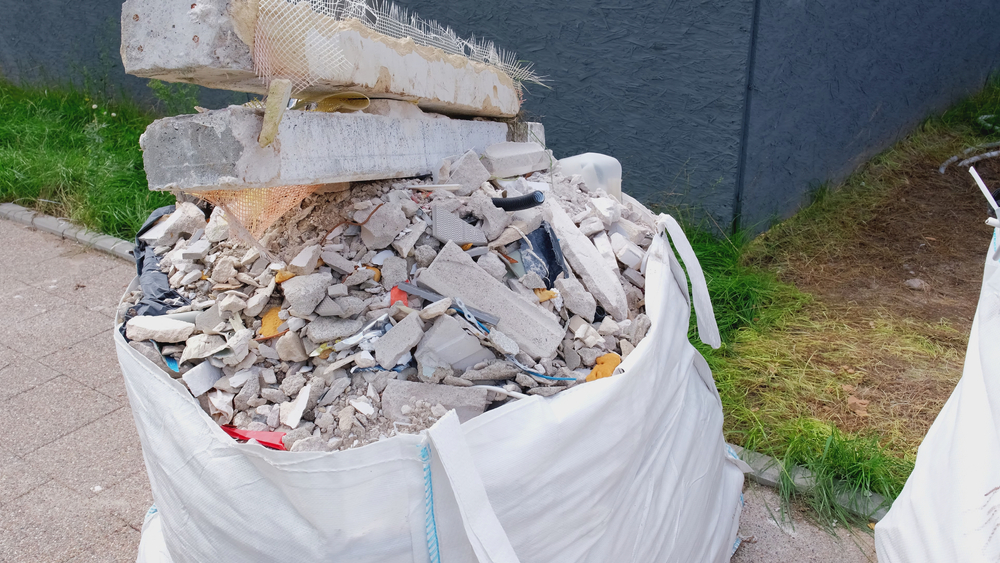 Whether you’re looking to fuel a bonfire or to dispose of some of your drywall scraps, you might have pondered this question before. And trust us, you’re not alone. Can you burn drywall?

No, you can’t burn drywall. This construction material is largely made of gypsum, which is not flammable. The paper component could ignite and burn to some degree, but it can release toxic fumes in the process. Burning drywall also goes against responsible construction waste management codes and regulations.

What Is Drywall? (And Why It Won’t Burn)

Drywall is a large rigid panel of finishing material used in the construction of interior walls. By using drywall, wall structures can be put in place without the need for mortar or traditional plaster.

It’s a commonly used material in buildings, offices, and homes due to its low cost, ease of installation, and its ability to act as a firebreak.

It goes by several other names including Sheetrock, wallboard, and plasterboard, but at the core, they’re essentially the same thing. The panels are made of gypsum plaster that is sandwiched between thick paper.

The core is made out of finely ground gypsum crystal,  a foaming agent, fiber, and additives.

What Exactly Is Gypsum?

Gypsum is a sort of mineral that is comparable to clay and other plasters, in that it is a type of usable plaster. Because of its high melting point, it is used as the main component in the manufacturing of drywall.

It is difficult to ignite outside of high-temperature environments such as industrial furnaces and, as a result, it cannot be completely consumed by fire.

For the most part, drywall is fire-resistant. The inner components are made to withstand fire by adding moisture in the gypsum while mixing it with inflammable materials like fiberglass.

This is understandably due to safety precautions in case of a house fire.

The paper sheets that the gypsum is covered with start to burn at about 480°F, at which tiny flames may be visible. However, the gypsum core will not catch fire even though it might crumble or crack after a while.

The video below demonstrates what happens to drywall when you try to burn it:

By all intents and purposes, it is not considered safe to burn drywall. According to studies, drywall that was produced before 2016 does not adhere to the regulations that are set today. This also could be the case where drywall is manufactured in other countries.

Burning drywall could release toxic fumes into the air. In some unregulated cases, harmful additives like sulfur have been found.

So even though not flammable, we wouldn’t recommend trying to set drywall alight in any capacity.

Can I Burn Drywall In A Fire Pit?

The short answer is no. As mentioned previously, the paper covering the gypsum might burn for a little bit, but the gypsum won’t. And the paper by itself is by no means sustainable enough to keep a fire pit, or fireplace, going. We’d advise you to keep to firewood.

If you had the misfortune of a house fire, you may be wondering whether to repair or replace your drywall completely.

The ultimate safe option would be to replace the wall entirely. However, this might not always be a possibility for whatever reason. You can rest assured that repairing the wall is also an option but do so with caution.

Because drywall is fire-resistant, it does act as a fire breaker. Generally, a typical house fire is not hot enough to damage the strength or integrity of the wall. Thus, it will still act as the safety measure it was originally set out to be.

Repairing the wall is also much simpler than you might think. As it’s mostly the paper that takes the bulk of the damage, sanding, filling, and painting should do the trick!

How To Dispose Of Drywall

So, since burning drywall to get rid of it is out of the question, how should you dispose of leftover or demolished drywall?

Every year, 15 million pounds of drywall is produced in the United States. Most of it goes on to be installed as walls or ceilings, but around some is a leftover waste. What should be done with it?

One option is to recycle it. Few recycling programs allow for drywall, but they do exist. Reaching out to your local clearinghouse to find out whether they recycle drywall is one way to go. If they don’t, they will likely steer you in the direction of someone that does.

You could also check with your local council or building department which facilities recycle or dispose of drywall.

Another option is to repurpose it in your garden or as compost. After peeling off the paper, you can crush the gypsum into its original powder form and spread it on your lawn. According to the Soil Science Society of America, gypsum can help improve soil structure and reduce erosion.

You can also add the crushed drywall to your compost bin. But be warned that decomposing drywall is infamously smelly. Also keep in mind that wallpaper is not compostable, so you should remove it from drywall before adding the old boards to the compost pile.

The main component of drywall is gypsum, which is a non-combustible mineral. And while the paper on the sides of the drywall can ignite and catch a flame, the gypsum portion of it won’t.

So, if you need to dispose of leftover drywall, we’d suggest calling on your local landfill or recycling center instead.

You just finished washing the dishes and turned on the disposal, only for it to start smoking! While your first thought might be that your garbage disposal is on fire, that’s actually very...