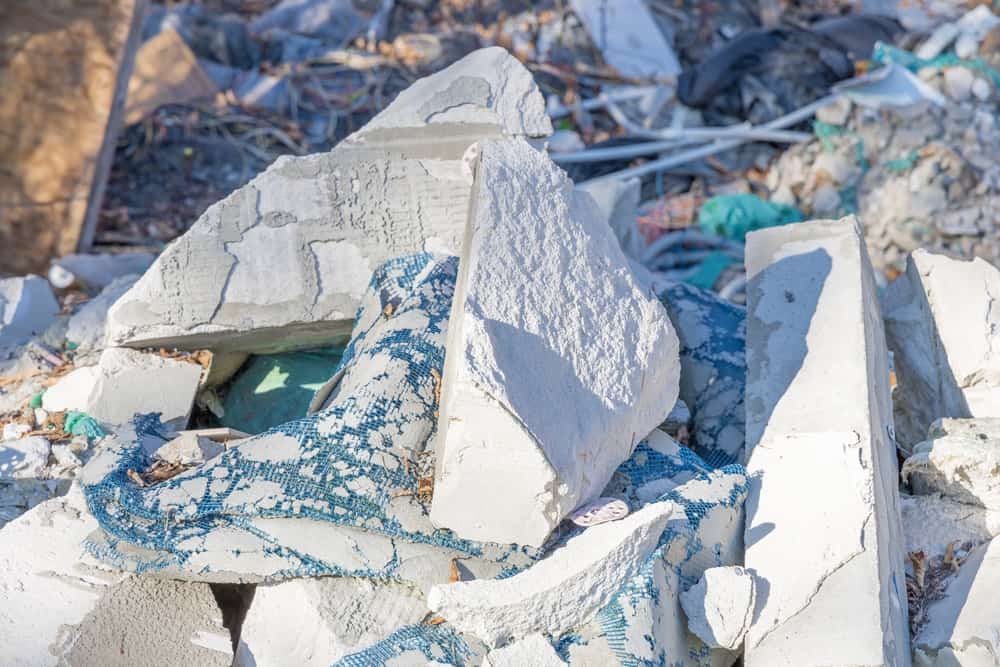 Since cinder blocks are primarily made of concrete, it’s not surprising that most people expect them to be extremely strong and durable.

If you see disintegrating cinder blocks, you might be surprised and wonder what could cause them to sustain such damage.

Cinder blocks can disintegrate and crumble as a result of water exposure, extreme impact, excessive pressure, and poor manufacturing. Materials ground to an incorrect consistency, as well as too much or too little water mixed in, can make cinder blocks weak and prone to breaking apart. Minor disintegration can be repaired with an epoxy patching compound.

Read on to learn about the four main reasons why cinder blocks crumble and disintegrate.

We’ll also talk about fixing cinder block disintegration and discuss how long you can expect cinder blocks to last.

What Causes Cinder Blocks To Crumble? 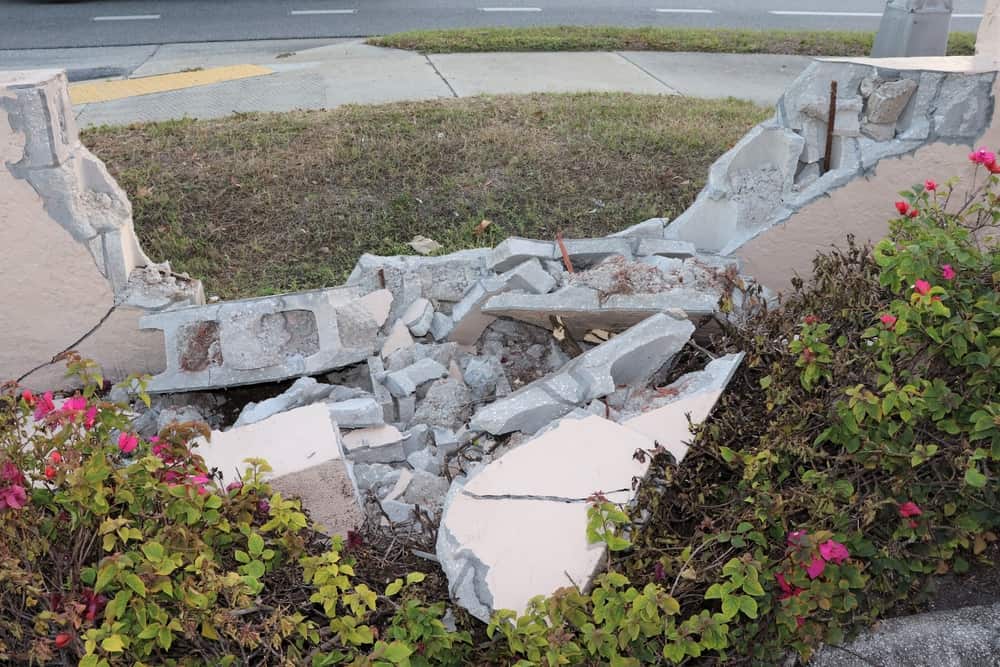 Cinder blocks are made of concrete, which is poured into a cast. They’re often used for support in a variety of structures, and they can also form walls for buildings. You’ll see many houses with cinder block foundations and basements.

Even though cinder blocks are generally very durable, they do have their weak points. They can crumble and disintegrate due to water, impact, pressure, and poor manufacturing.

In most cases, water is the reason for crumbling and disintegrating cinder blocks. In fact, water can break down almost any compound over time, which is how it earned the title of “The Universal Solvent.”

When it comes to cinder blocks, water typically wears them down from the outside. Flooding, rain, and melting snow can all contribute to a cinder block’s structure wearing away. Chunks of the cinder block can flake off until the entire block begins to crumble.

However, water doesn’t just cause damage from the exterior. It can also wear down cinder blocks from the inside. When cinder blocks don’t cure properly, water can make its way inside of them.

Once the water is inside the cinder block and the temperature outside fluctuates, causing the water to freeze and then melt, the block is destroyed from the inside out and can disintegrate entirely.

Cinder blocks are very strong, but extreme impact can cause major damage. For instance, if a tree falls onto cinder blocks or a car crashes into a cinder block wall, the blocks will probably crumble.

However, only extreme impact has this kind of effect. Simply kicking a cinder block will likely do more damage to you than to the block.

Typically, cinder blocks are manufactured with a specific weight limit. If they’re forced to support more weight than they were built for, they will start to buckle and crumble.

Pressure can also lead to damage when the blocks aren’t spaced evenly. If too much weight is focused on one block, or even on a specific part of a block, then it’ll crumble under the pressure.

Unfortunately, if you have cinder blocks that aren’t well-made, they’ll disintegrate much more quickly than high-quality blocks. They may not even require excessive water, impact, or pressure to crumble.

Cinder blocks are made of a mixture of concrete and coal cinders or ash. During cinder block construction, these materials are ground up to become a very fine powder. Then, they’re mixed with water.

However, the materials need to be ground to a very specific consistency. If they’re ground too finely or not finely enough, then the concrete won’t set properly.

As a result, the walls may begin to hollow from the inside out, and the block can also crumble from the outside.

Another problem that can lead to eventual disintegration is too little or too much water being added during the mixing and curing of the concrete.

Too little water will typically make the concrete expand in cold weather, and the cinder block will fall apart, starting internally.

On the other hand, too much water results in shrinkage and cracking, which can then cause the concrete blocks to fall apart.

When mixed with too much water, the end product will lose a lot of its strength and is more susceptible to buckling under weight and pressure.

How Do You Fix Cinder Block Disintegration? 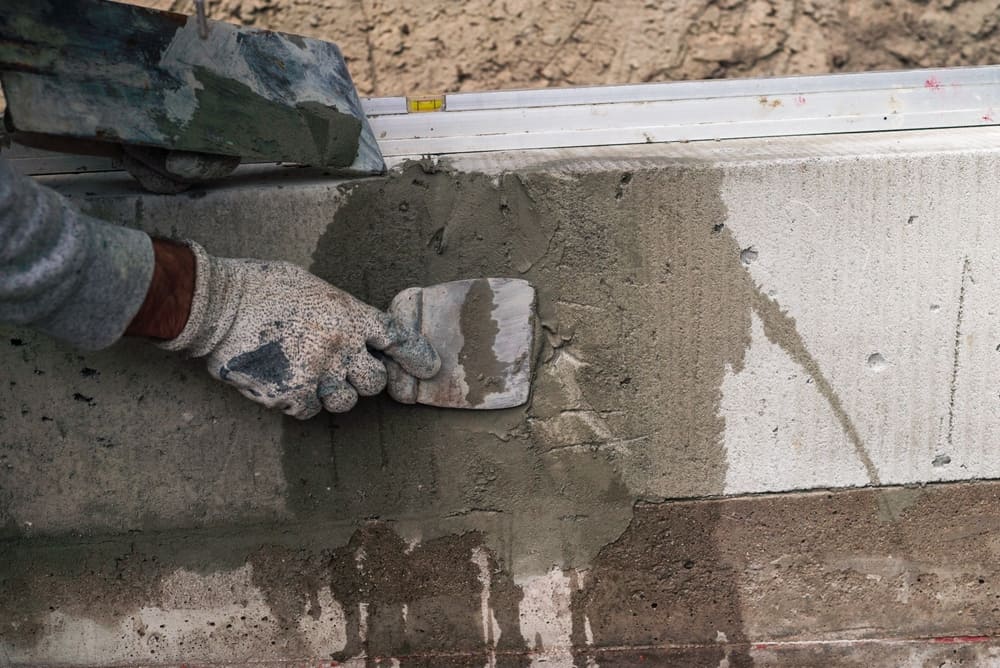 For minor cinder block disintegration, you’ll first want to remove any paint with a wire brush so that the repair material will adhere properly.

Then, apply an epoxy patching compound (not additional concrete) with a putty knife or spatula, smoothing it out so it’s flat against the surface of the cinder block.

If the disintegration is severe, you may need to replace the cinder blocks altogether.

When you have a cinder block foundation or cinder block walls in your basement, you’ll need to have effective water management to prevent additional damage. Ensure your downspout drains water at least 10 feet away from the foundation.

Adding gutters (and ensuring your current gutters aren’t clogged) can also help. Make sure that the yard slopes away from the foundation, rather than toward it, so that water doesn’t collect against the cinder blocks.

How Long Will Cinder Blocks Last?

If cinder blocks are manufactured properly, with the correct mixture of materials and water and the right consistency, then they can last as long as 100 years.

Still, if they’re exposed to too much water, pressure, or impact, it’s possible they’ll require repair or replacement earlier in their lifespan.

The most common cause of cinder block disintegration is water, which can do damage both internally and externally.

Two other causes of disintegration are extreme impact, like a car crash, and extreme pressure, such as a cinder block supporting more weight than it was built to.

Finally, poor manufacturing can result in cinder blocks that are weaker than they should be and prone to disintegration as a result.

Poor manufacturing can mean that too much or too little water was added to the mixture. It could also be that the materials were ground too finely or not finely enough.

In cases of minor disintegration, an epoxy patching compound can repair the damage. But if the disintegration is severe, it’ll probably be necessary to replace the cinder blocks altogether.