Other easy tips on thawing frozen pipes without turning on faucet

Other easy tips on thawing frozen pipes without turning…

Winter, sometimes can be a bully; punishing and brutal. Maxim Glory famously wrote: “winter is approaching. Yes, it is approaching … How to live?”

Winter is one of the times in a year where the air begins to turn chill, lands begin to turn dry, and ofcourse, pipes begin to freeze.

Chill air, dry lands, that’s something you can handle. I mean why would you have to horde your thick clothes when they should be on you all the time in that period.

However, your pipes freezing? Yes. Oh please yes! It has happened several times before. You don’t know why. At least not all, you have splashed so much fixing your last plumbing pipe.

And you have got a feeling this winter that’s just around the corner has a sharper teeth that might sink deeper than the last winter.

The issues of “frozen pipes” always dance out during the winter, and eventually ruin a lot of things.

The damage caused by frozen pipes can be as trivial as leaking few gallons of water all over your home. Or, even worse: when you are caught unaware, and you delay repairs or simply just wait out until it thaws outside, you could lose thousands of gallons of water.

However, that’s the reality of things. Millions of people, who live in less temperate regions where getting cold dry deadly winter air is rare, face greater risks of losing so much to frozen pipes than their counterparts in temperate regions.

Pipes freeze for a lot of reasons. Then, they crack, tear and then get ripped or burst for reasons too.

So, Can you prevent your pipes from freezing during the winter even without using conventional means like leaving your faucet open? Why is your pipe very likely to freeze this winter? How long will it take to remain frozen? Will your pipes freeze when your house is vacant? What makes the pipe burst even after thawing when you use heat?

If this and many more questions keeps popping up in your head then, you just got yourself landed on the right page. These and some other troubling questions about frozen pipes and solutions will be discussed here. So, keep reading.

Frozen pipes can lead to flooding disaster which is where plenty of repairs are done and lots of money is splash. However, to make sure you keep your expenses to a minimum, we have recommended tips by experts that are simple to follow. Before reading any of this further please note this:

Contrary to believes about leaving your faucet on during freezing to prevent your pipes from bursting, experts have WARNED against making such bold moves.

According to Richard Burke of the Heating and Plumbing Association of Ireland, he warned, saying “it is a myth” and “can cause problems elsewhere” in your home.

Burker told journal.ie,“I wouldn’t recommend it because it could have a knock-on effect with freezing. It’s a myth to leave the tap running, it can cause problems elsewhere”

“It can block up the drain and the sink will fill up and overflow, I’ve seen it happen on a few occasions,” Burke said. Moreover, if your water pipes are not really deep they can freeze.

Other techniques you can try are:

COMMON MISTAKES THAT CAUSE YOUR PIPES TO FREEZE

In his novel A Game of Thrones: A Song of Fire and Ice, author George R.R Martins wrote: “Nothing burns like the cold.” Unfortunately, he was dang right!

The cold is harsh on water supply lines. The cold burns them (literally).

Still, most homeowners faff around when it comes to protecting their plumbing lines this period. As a homeowner, below are some common mistakes you do during winter periods that always cause your pipes to knock up.

Shutting Off Your Heating System

When going on long or short trips, you could be tempted to shut off your heating system just to save costs on utility bills. DON’T!

Keep your heating system to a minimum level as pipes are likely to freeze when the heat is turned off.

Everybody’s knows when they are trying to beat deadlines or meet the pace, they are likely to forget some important things. Leaving their windows open is one of them. Open windows during winter will cause the rush in of cold air which will later attack the pipes in your home. Always endeavor to close your windows during winter periods.

Pipes Are Not Insulated

When you fail to protect your pipes with rubber insulators or electric insulators, especially those that are exposed, they risk getting frozen from the cold air. Make sure your water pipes are properly insulated during cold periods.

Ignoring/Failing to Fix Holes or Cracks Near Pipes

If you ignore holes or cracks in your house walls or windows, now is prolly the time to get them fixed. Holes and crack in wall will allow cold air to enter your home which will affect pipes around it.

If you fail to disconnect your outdoor hose, when the temperature drops, whatever water left in the hose will be frozen.

Since water expands and growth in size, it could expand as far as  reaching and affecting inside your interior pipes. Always remember to disconnect your outdoor hose, by detaching it.

3 SIGNS YOUR PIPES MAY BE FROZEN

Of course the temperature has to be right for your pipes to be frozen right? Exactly. However, there are other ways you can sniff out a frozen pipe in your home. We have listed at least 3 for you.

Faucet/Tap Has Not Run Since You Used the Lever

There is enough water in your tank. You checked. You were right.

However, your tap has stopped running and sometimes makes a gurgling sound with little or no water seeping out. This is a sign it is frozen especially if it happens this winter.

For pipes that can be seen, especially those under kitchen and bathroom sinks or around your home, the presence of frost on any of the pipe suggests they are beginning to freeze.

When pipes get blocked, horrid smell will always find the their way back into your homes.

WHY DOES YOUR PIPE FREEZE DURING WINTER?

Nobody needs to be an “Isaac Newton” to know that pipes freeze because it is terribly cold. Whilst this is true. It’s not entirely true.

Because, if it was, even your pipes inside your house should freeze also since it freaking cold. But that almost never happens due to your house heat.

Your pipes freeze for two simple reasons. One of them is having them installed in a place that is unheated without protecting them.

The other, the heat getting to places that are vulnerable to chilling winds are getting inadequate heat supply.

Pipes will begin to freeze if the temperature of the water inside the pipe starts to freeze. Before this can happen, your pipes needs to be exposed to the chilling air that is billowing outside.

Popular places/locations where your pipes will eventually freeze are: swimming pool supply lines, fire protection lines, unheated interior areas like basements, crawlspaces, attics, bathroom sink and kitchen cabinets. Pipes with little or no insulations that run the length of exterior walls are also subject to freezing.

AT WHAT TEMPERATURE WILL MY PIPE BEGIN TO FREEZE

Easy guess. At 0°C or 32°F, while this is true for water, it is not entirely true, according to experts.

At that temperature your pipes will unlikely freeze as you may think. For this part it is important for you to understand that at 32°F, your pipes may not begin to freeze immediately as claimed.

Your pipes will eventually freeze when heat in the water running through them escapes or is lost through your pipes to the surrounding cold air.

However, this doesn’t happen at 32°F as you may have thought. The surrounding temperature according to plumbing experts will have to dip a bit to about 20°F or less for your pipes to freeze.

Adding to that, the temperature at which your pipes will freeze also depend on which side of the globe your house is siting.

In Northern regions which have heavy winters and colder temperatures, pipes that are usually exposed are heavily insulated.

CAN MY PIPES FREEZE IN ONE NIGHT?

Are you are off to some place away from home with nobody to take care of your home while away during the winter? Or you decided to sit this one out, and are wondering if your water pipes can freeze overnight, then read on.

If the temperature outside is well below or in the region of 20°F, then YES, your pipes, water supply lines can freeze completely in one night.

HOW LONG WILL MY PIPES REMAIN FROZEN

For how long your pipes will remain frozen in the winter, there is no explicitly defined period. This is because the temperature of the surrounding environment plays a major role in freezing in pipes.

Another factor that affects the length of period your pipes will remain frozen is the level of insulation your pipes have and where exactly they are located.

Pipes that are completely naked against the dreadful cold, installed in open areas are very likely to remain frozen for long periods. Likewise those in found in Southern regions. They are bound to be affected too.

WILL MY PIPES BURST WHEN FROZEN

Frozen pipes burst because when water freezes, it expands. At least that what you might think.

However, this is not really the case. Yes, water expands when it freezes. But no, it isn’t what really causes the pipes to burst in the first place.

Actually, these frozen pipes burst a lot when they thaw during heat periods.

This is why it takes more space in the frozen pipe.

Contrary to what most persons might think, when pipes freeze they do not cause the pipes to bulge outward. Rather, they stick to the side of the pipe and continue to expand from there.

When this happens, pressure spikes. Since the faucet is closed and the part where the ice lies is obviously blocked, any water between the ice and the faucet opening is put under intense stress. When this happens, the frozen pipe will eventually burst or rip apart leading to lose of water.

Most times, the spot that gets burst isn’t around the ice area. It is usually on any other spot between the ice and the opening of the tap, but the blocked area.

However, water pipes tend to burst more when the ice in the pipeline starts to melt or thaw.

The pressure is upped even more, eventually causing strains on the pipe and “pop”. There goes your pipe bursting.

Handy Guide on fixing and…

Easy steps on how to…

Simple, easy ways on how…

Simple Latest ways on how…

One solid way of stopping…

How to fix leakages from…

A group including a technologist, researchers and writers commited to bringing the ways of plumbing and civil construction to light in the easiest way possible.We have a lot to share due knowledge and work experience ,plus we try not to be too boring,so if you may.
ENJOY 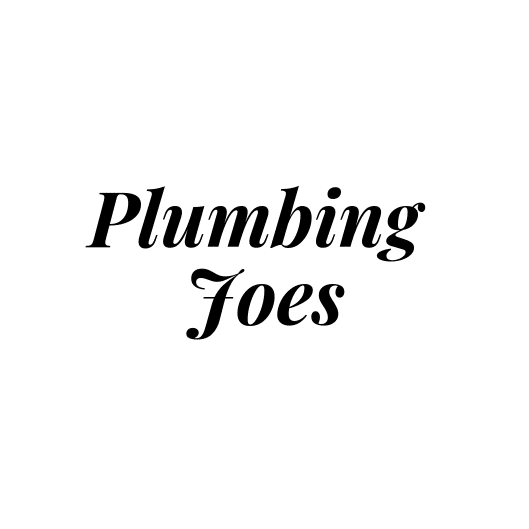