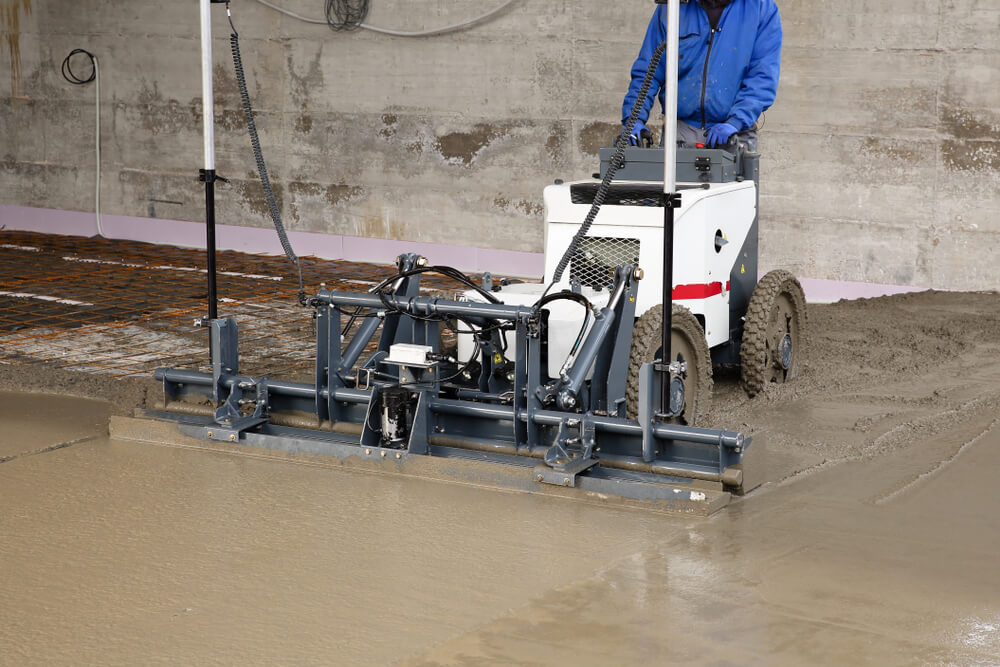 If you’re looking for hydraulic cement, Drylok and Quikrete are the two most common options. Both are DIY-friendly and available in most DIY and hardware stores.

For example, Drylok dries faster and is finer. However, with Drylok ranging between $4 and $29 per pound depending on the product, and Quikrete starting as low as $2 per pound, the latter is the cheaper option. So, most people prefer to use Quikrete in applications that don’t need Drylok.

Drylok is a brand that makes several different cement products. Its hydraulic cement is one of the most popular in the country.

In fact, Drylok is used for any project where you need a high level of waterproofing with fast drying. These projects include:

In each case, Drylok is a very fine and fast-drying cement. It’s normally made up of Portland cement and lime. And, it’s almost always sold pre-mixed, which means you pay $4+ for a pound with water already in it.

When that mixture hits an existing water source or moisture, it expands further, stopping the leak.

All Drylok fully dries in about 3-5 minutes. In addition, as an expanding concrete, it’s suitable to anchor items into concrete.

Quikrete is one of the most popular concrete brands in the United States. Its hydraulic cement is available mixed and unmixed, meaning you can purchase it by dry weight. It’s also significantly cheaper than Drylok.

Here, Quikrete Hydraulic Water-Stop Cement is designed as a rapid-setting and waterproof cement.

However, unlike Drylok, Quikrete includes coarser grain sand. This means you get Portland cement, sand, and other adhesives in the mix.

It’s rougher than Drylok, which means it’s less waterproof. However, pricing starts at around $2 per dry pound.

Quikrete can be used for the following:

Quikrete sets in 3-5 minutes but takes a bit longer to dry. This means you’ll likely need more layers to stop an active leak than you will with Drylok.

See also  Can You Stack Laminate Flooring To Acclimate?

Drylok and Quikrete are very similar products. Here, it may be difficult to tell the two brands apart for many applications.

For some uses, Drylok stands out. And, for others, you’ll definitely prefer to use Quikrete, even if only for costs.

In each case, both are very good hydraulic cement options. However, both are suitable for different applications.

If you buy Drylok Fast Plug Hydraulic Cement or Quikrete Water-Stop Cement, you should have about the same setting time.

Both products take 3-5 minutes to set, providing you start with 70°F water and don’t apply the cement on a surface under 40°F.

Both have about the same setting time. However, Quikrete cures slightly faster.

Both Drylok and Quikrete design their products to stop the water.

This means you’ll get compressive strength to either resist water flow or anchor bolts or posts.

Essentially, Drylok takes slightly longer to cure. However, once it does cure, you’ll get significantly more compressive strength.

This means Drylok is suitable for use as a bolt or stud anchor. Quikrete is not. In addition, Drylok is better able to stand up to flowing water over a longer period.

This means that if you want to use hydraulic cement to stabilize a bolt, stud, or post, use Drylok. On the other hand, if you need to very quickly hold something in place long enough to put on another seal, Quikrete is a better call.

Both Drylok and Quikrete hydraulic cement are ideal for use in stopping leaks in masonry. That includes projects like patching holes where mortar has come out. You can also use both to patch holes in cement swimming pools.

Here, Drylok stands out. It’s very fine and doesn’t change the PH of the water. This means it’s better suited for use as glue. In addition, you can use it for swimming pools and fish tanks without risking the water.

Both can also be applied in thin layers to waterproof a foundation. However, in each case, you’re better off using waterproofing paint or sealant. Drylok also sells these sealants separately.

Both Drylok and Quikrete are equally suitable for sealing between blocks and masonry.

Drylok uses finer sand than Quikrete. That’s so much the case that individuals who want the texture of Quikrete using Drylok normally just throw sand on the Drylok as it dries.

See also  How to Fill a Gap Under Vinyl Fence: 6 Steps

This means Drylok is better suited for repair projects. For example, if you want to repair two halves of a cement sink or a birdbath. Drylok is fine enough to smoothly fit two halves together. It’s also quite strong, so long as the layers aren’t too thin.

When do you care about texture? If you’re trying to match the texture of existing masonry or cement, it may matter. Otherwise, you probably don’t mind very much.

Costs alone normally mean that the larger the project, the more likely you are to want Quikrete rather than Drylok. For example, if you’re trying to put a large patch in a swimming pool, using Quikrete and surfacing it with Drylok might be a good workaround.

Still, in most cases, you won’t use either in very large quantities. This means that costs shouldn’t be too much of a factor for simple patches.

However, Quikrete uses coarser sand. This means it is more durable. In addition, the rougher surface means that other materials will bind to Quikrete better.

If you’re planning to put another layer on top, Quikrete is superior. That’s also true for paint. However, you can paint on both Quikrete and Drylok.

In most cases, actual longevity won’t matter for either brand for years.

Drylok has a 10-year warranty for masonry use. Here, Drylok actually guarantees the project no matter who ends up owning it. Quikrete, on the other hand, offers a limited warranty in case the product itself is defective.

Quikrete is known to change the pH level of water after it’s been applied. This may mean that it will kill fish or force you to rebalance a swimming pool. Drylok does not have this problem.

For this reason, Drylok is the preferred option for projects that involve swimming pools, bird baths, fish tanks, pools, etc.

However, neither is explicitly made for the purpose. You may prefer to look for a product specifically intended for either use.

Both Drylok and Quikrete have the exact same usage instructions. Here, you should clean out loose chips and dirt from the hole or area. Then, mix a small amount of hydraulic cement.

Both set in about 3-5 minutes depending on temperature. In addition, you cannot rework them afterwards. It’s important to mix in tiny amounts that you can use in 3 minutes. Then, apply them in thin layers to the hole.

See also  How to Install a Compression Fitting on Plastic Tubing: 3 Steps

The only difficult thing about using either is that you have to use it very quickly. In addition, any hydraulic cement left in your trough or on your tools will set and will be difficult to remove.

If you’re using hydraulic cement, it’s important to be careful to use the cement as directed.

These cements set very quickly which means it is very easy to make a mess of your project.

It’s important that you clean an area before applying hydraulic cement. Here, your largest concern is that you remove loose chips, dust, and oil or fat.

If you have an active leak, Drylok is the better choice, because it expands when setting. This means it will be more difficult to wash out before it fully sets.

You should always mix hydraulic cement with warm water. Here, you normally want water at about 70°F or room temperature. If you want the cement to set faster, use warmer water.

On the other hand, if you want to slightly delay setting speed, use colder water. However, you should keep in mind that if the water is too cold, the adhesives won’t properly activate.

It’s always a good idea to blend hydraulic cement at a low speed.

If you mix it quickly and increase the heat, it will start to set more quickly.

Apply From the Top Down

It’s always best practice to apply hydraulic cement from the top down. This prevents the bottom layer from being too thick.

Here, you give the top portion of the cement time to begin to set before applying cement under it, which means you’ll have less buildup because of gravity and therefore a smoother patch.

Drylok and Quikrete Over Hydraulic Cement

Both Drylok and Quikrete can be applied to existing layers of hydraulic cement.

However, Quikrete will bond better, because it is coarser and therefore has more surface to stick to.

Both Drylok and Quikrete can be painted over in as little as 24 hours from setting.

However, it’s usually best to wait 5-7 days to give the hydraulic cement enough time to fully cure before you paint it.