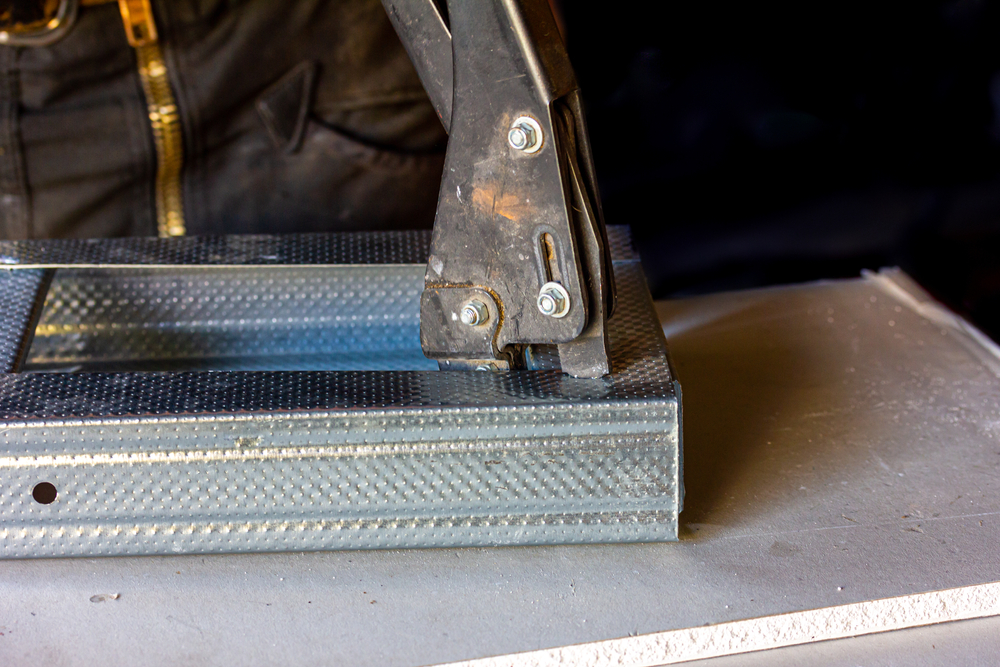 You might know that you can hang shelves, TVs, or decor on your wall by screwing them to studs or using drywall anchors. But you may not be certain about what each of these is or which is better for hanging heavy items.

Drywall anchors are hollow screw attachments that create a strong connection between the drywall and a screw. Depending on the type of anchor, they usually hold up to 50 pounds. Studs are vertical metal or wood beams that support a building’s frame, and they’re located behind the drywall. A screw in a stud typically holds 80 to 100 pounds.

Below, you’ll find detailed descriptions of drywall anchors and studs.

What Is A Drywall Anchor?

Once installed, they expand on the opposite side of the wall to establish a stronger connection between the drywall and a screw. Most drywall anchors are made of plastic or metal.

You can use drywall anchors to hang items like shelves, mirrors, framed pictures, and clocks on drywall. On their own, screws are likely to slip out of the drywall, but with the added reinforcement of a drywall anchor, they can hold more weight.

How To Install A Drywall Anchor

To install a drywall anchor, you’ll need to make a pilot hole in the wall using a power drill.

Keep in mind that it’s best to use a drill bit that’s smaller than the width of your drywall anchor. You’ll usually be able to find a recommendation for the correct drill bit on the instructions that come with the anchor.

Once you’ve made a pilot hole, place the anchor inside it and use a rubber mallet to tap it into the wall until it’s fully inserted. Next, drive a screw into the anchor with a screwdriver, making sure it’s secure.

Depending on the weight of the item you’re hanging, you may want to select a specific type of drywall anchor.

It’s recommended not to exceed half of the anchor’s weight limit, however, and it’s smart to use multiple anchors for heavy items to distribute the weight more evenly.

Expansion anchors are best for lightweight items, while the other types can handle more weight.

What Is A Stud?

A stud is a vertical metal or wood beam located behind your drywall, and it supports your home’s frame. Studs generally measure two by four inches and are spaced 16 or 24 inches apart from each other.

Since studs are made of thick, sturdy materials, they’re ideal for securely holding screws and hanging heavy items. Commercial buildings typically use metal studs, while most residential homes have wooden studs.

You’ll generally find studs on either side of windows, underneath the crown molding and baseboards, and next to electrical boxes for outlets and switches.

A screw in a stud can usually hold between 80 and 100 pounds.

How To Find Studs

Finding the studs behind your drywall can present a challenge at times, but there are many ways to locate them.

Use A Stud Finder

First, you can use a stud finder, which is a tool specifically for locating studs. If you don’t want to spend the money on a new gadget, though, there are several other options.

Another way to find studs is to look at your electrical outlets and switches. Each of the electrical boxes is mounted to a stud on one side.

Knock on the wall on either side of the outlet or switch. If it sounds hollow, there’s only drywall there. But if it sounds solid, you’ve found a stud.

Look At The Baseboard

Baseboards are always nailed to studs. Look closely at the baseboard to see where the nails are, as they also indicate the location of the studs.

The nail holes may be filled with caulk and painted over, but you can usually still identify them.

Use A Neodymium Magnet

While a magnet won’t help you locate the studs themselves if they’re made of wood, it will help you figure out where there are screws attaching the drywall to the studs.

Just remember to use a neodymium magnet, as your typical refrigerator magnet won’t be strong enough.

How Much Weight Can Drywall Anchors Hold Without A Stud? 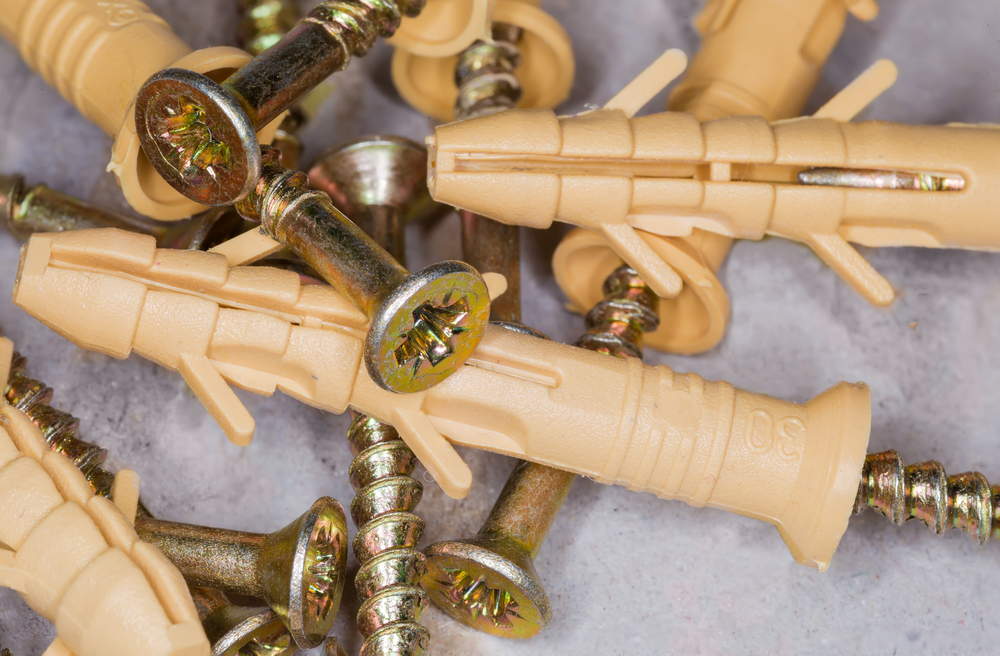 The amount of weight drywall anchors can hold is dependent on the type of anchor and the thickness of the drywall.

The absolute maximum for most molly wall anchors and traditional toggle anchors seems to be around 50 pounds for ½” drywall. There is a special toggle anchor called the Snaptoggle that can hold up to 265 pounds in ½” drywall, but it is quite a bit pricier than regular anchors.

If your drywall is only a quarter-inch thick, rather than a half-inch, then the anchors won’t be able to support as much weight.

Many professionals recommend not to hang items that weigh more than about half of the anchor’s maximum weight limit.

When in doubt, it’s best to use multiple anchors so that the weight is distributed evenly. This way, the screw is less likely to be pulled out of the wall.

If possible, try to hang especially heavy items on a stud as it’s much more stable and secure.

The main difference between drywall anchors and studs is that a drywall anchor is a hollow screw attachment, and a stud is a wood or metal beam that supports your house’s frame.

Drywall anchors are used to establish a strong connection between a screw and the drywall. When installed, they expand into the other side of the wall to create more stability for the item being hung from the screw inside the anchor.

Most types of drywall anchors can hold around 50 pounds, although it’s recommended not to go over about half the maximum weight limit. You can use multiple drywall anchors to evenly distribute the weight of a heavy object.

Studs, which are two-inch by four-inch beams, are located behind the drywall and can be found with stud finders or a variety of other methods. They’re much sturdier and stronger than drywall, so they can hold more weight, with a single screw in a stud being able to hold 80 to 100 pounds.