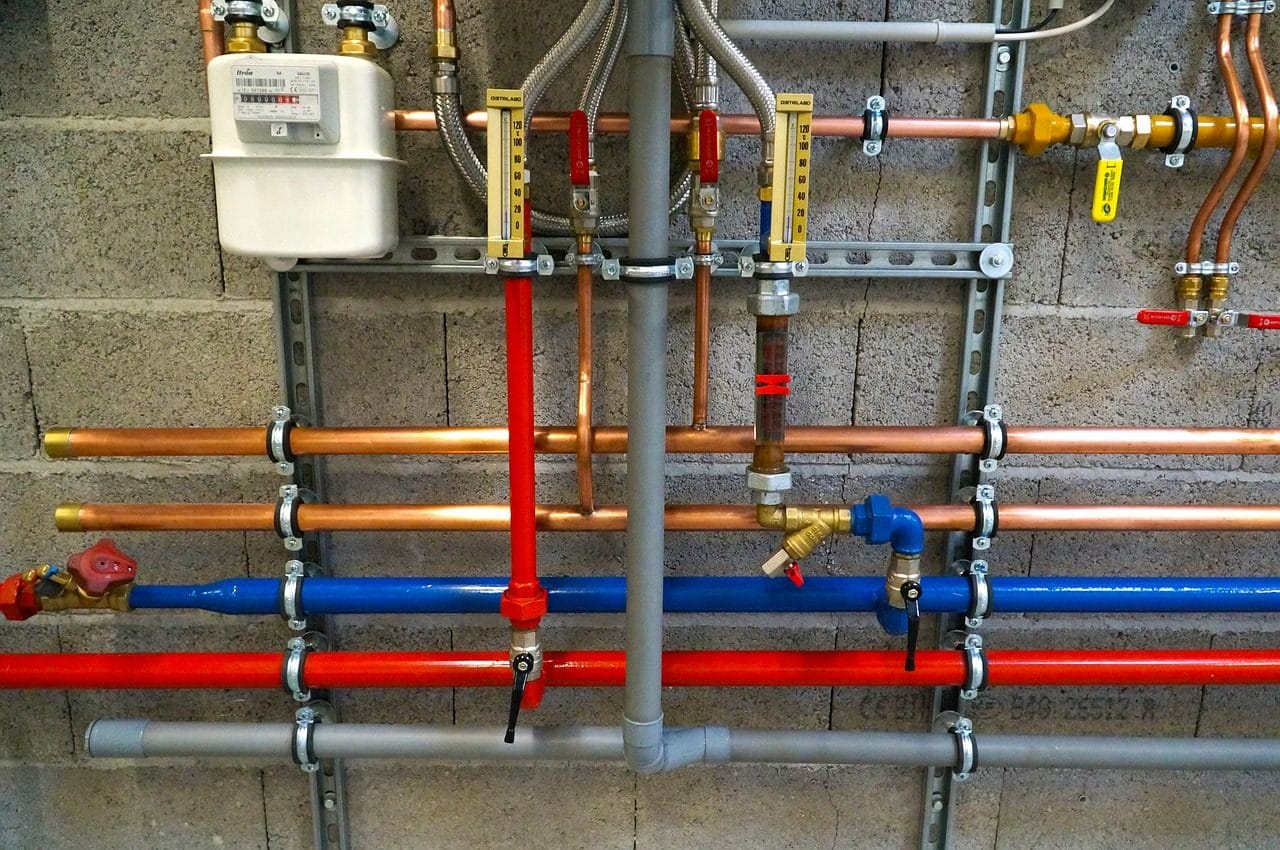 There is a variety of pipes around the globe currently, but not all are designed to cater properly to hot water supply. In a home or in an industry, the need for a hot water supply comes to the surface one way or the other.

To cater to such a need, there has to be a careful selection of pipes, because as stated earlier, not all kinds of pipes can accommodate fluids of high temperature on both cold and hot extremes. 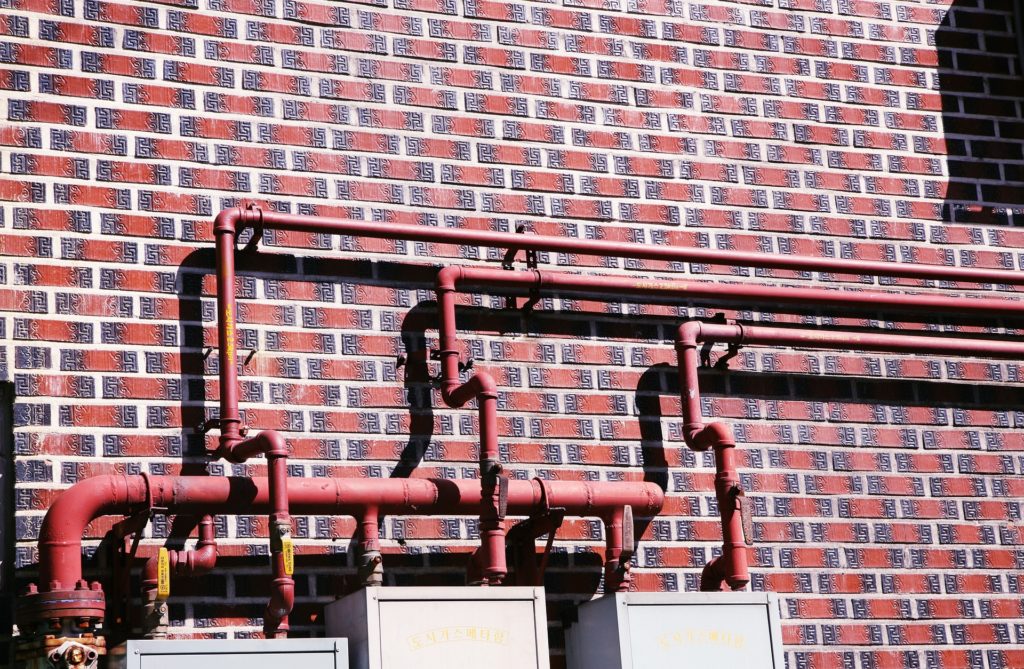 With thorough research and observations, PEX stands to be the best choice for hot water systems within your domestic environment. Its ability to preserve energy and resist detrimental effects from hot water, as well as its added benefits of being cheap and easy to install, makes it a strong candidate when considering pipes to use for your hot water supply. There is also the popular conception that PEX tubings are safer with regard to health.

PVC pipes are more effective when utilized for mundane and temperate waters when subjected to excessive heat. PVC pipes tend to warp or have molecular distortion.

The ASTM standard recommends PVC to be utilized in applications not exceeding 140 degrees Fahrenheit (60 degrees Celsius). However, with continued exposure to excessive liquefied heat, the PVC material will gradually soften and its joints will weaken when it is subjected to temperatures over the prescribed standard.

So for your hot water supply, the PVC pipe is absolutely not the best choice, especially when considering the material and the exaggeration of its negative effect on health.

However, if you are still interested or bent on keeping or using a PVC pipe for your hot water system, there is a small hack: purchase PVC pipes of 5mm to 6mm thickness in external diameter (it can be of PVC or other materials) and utilize threaded fittings, teflon tape and adhesive together.

This should be sufficient even when using a hot water system as the thickness of the PVC will most likely nullify effect of the excessive heat and the threaded fittings withhold the joints better rather than using adhesives alone.

If maintained properly, your hot water system could last a fairly long time. By extension, you might need a well-regulating water heater.

According to standard measures, in residential or commercial settings, the hot water system strictly depends on the quantity/volume of hot water required. Pipes to be used for hot water supply should be able to satisfy three specific points or factors, which are:

To sum up, one should put in mind that hot water pipes must be appropriate and sustainable for the temperature and pressure of water to be piped through them.

The following are the types of pipes ideal for hot water supply: 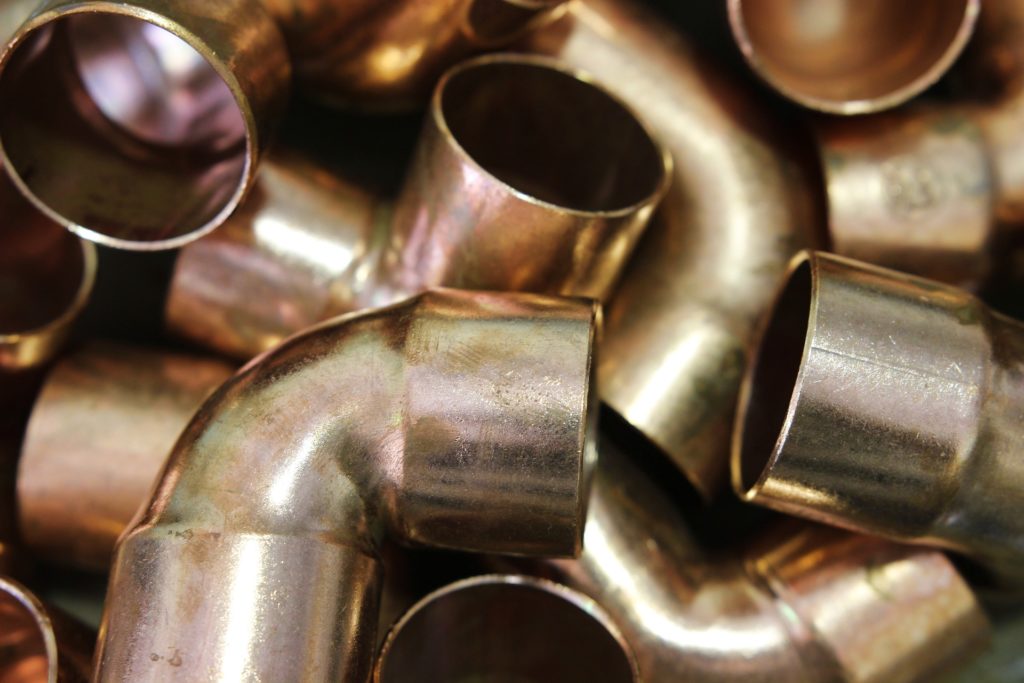 Copper pipes are mostly used for hot and cold water supply and for refrigerant lines in HVAC (heating, cooling and air condition) systems.

Copper pipes can be applied for both underground and above-ground plumbing, but can be affected by certain types of soil. If used underground, it is advisable that the copper pipe is steered.

Copper pipes come in different types and thicknesses, which are known as Type M, L, and K, with Type M being the thinnest grade of copper.

Chlorinated polyvinyl chloride (CPVC) is a homo-polymer PVC that has been subjected to a chlorination reaction.

This type of pipe, unlike the PVC, can be used for both cold water supply and hot water supply. Its resistant properties makes it useful for both commercial and industrial applications.

CPVC is recommended by ASTM standards with a maximum temperature exceeding 140° F, but stays under the CPVC’s maximum rating of 200° F.

CPVC has great insulation which helps it in experiencing less condensation formation and better maintains temperature for both hot and cold applications. 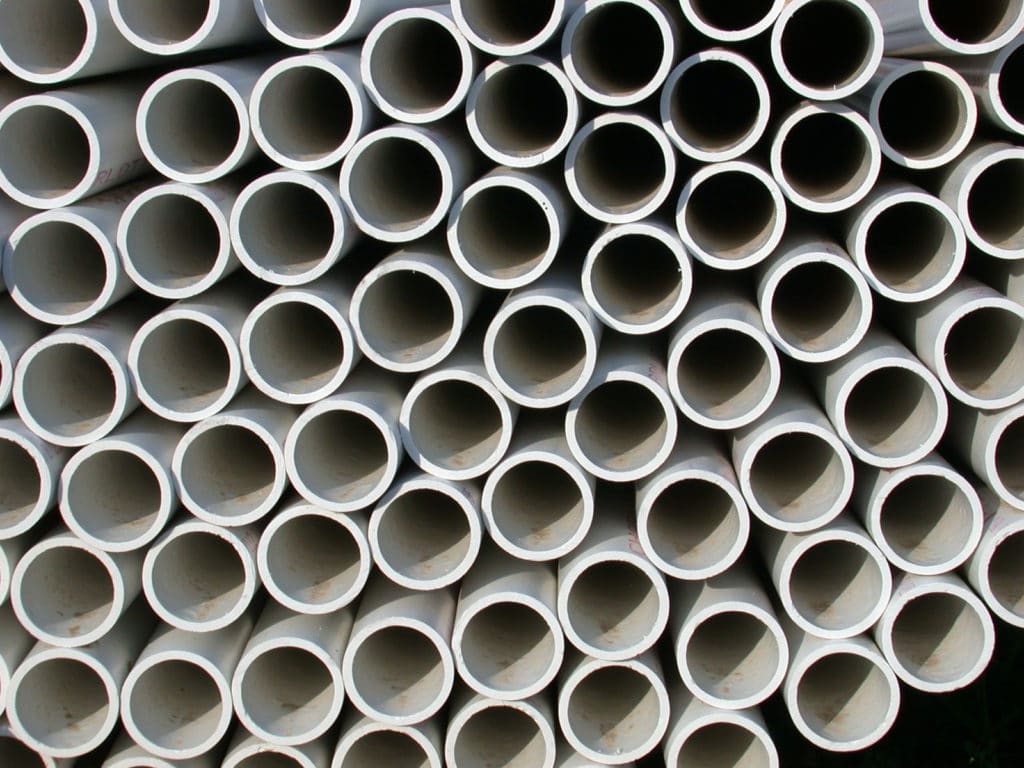 PB pipes are made out of a type of plastic of polyolefin or saturated polymer (however, it should not be confused with polybutene). In the late 90s, the PB pipes were the standard type of plumbing pipes put into many homes.

These pipes have good resistance to hydro-static pressure showing a very low creep even when subjected to an elevated temperature.

Plumbing and heating systems made from PB pipes have been in use in the Western world for more than 30 years.

PP-R pipes are made up of Polypropylene Random copolymers which are designed for the distribution of cold and hot water supply.

PP-R can also be used for heating pipes in residential and commercial buildings, HVAC and compressed insulation.

The PP-R pipes are the most recent addition to the market, claiming to have a long lifetime of about 50 years or more, even in cold and high temperatures, and also stress pressure situations.

PP-R pipes are good heat resistors, even when subjected to the rules of a long-term continuous work pressure; water temperature can still reach 95 degrees Celsius (95°C).

PEX pipes are predominantly one of the best pipes used in this modern world. It shouldn’t be a big surprise if it’s said to be designed for multi-purpose use.

The PEX pipes can satisfy not just the cold water supply perfectly but also the hot water supply.

PEX is a form of polyethylene with cross-links that are predominantly used in building services pipework systems, hydronic radiant heating and chilling systems, domestic water piping, and insulation for high tension electrical cables.

It’s advisable the very first meter of length for a hot water supply should be a copper pipe, regardless of the pipe material chosen.

Advantages of CPVC Over PP-R Pipes

Solvent cements are used on CPVC piping fittings joint which can be done and completed in-situ by plumbers or anyone with a basic idea of plumbing with common inexpensive tools.

PP-R pipe fitting, meanwhile, is narrowed down to the use of specialized welding equipment and heat, which yields a high risk of electrocution and a compromised working environment.

The welding processes can’t be done by a common plumber. Highly skilled laborers need to be all hands on deck to ensure a proper alignment of the piping joints.

Whenever water is being mentioned, chlorine is the next sought thing. Why? It’s because water needs to be treated to ensure safety usage.

The treatment process is by chlorination with the use of chlorine and chlorine oxides, which are corrosive chemicals that can eat up the interior of pipes.

CPVC has a higher advantage since it’s a chlorinated material, enabling it to withstand and withhold chlorine exposure over a long period of time.

PP-R, on the other hand, doesn’t resist chlorine well enough, which implies there’s a high tendency for the trace amount of chlorine flowing into it will eat up the walls of the pipe.

The phenomenon can make the PP-R pipe lose its tensile strength or lead to pipe system failure in the future.

CPVC pipes have been in existence for over 50 years, with many of its initial installations still up and running with no traceable problems.

PP-R, which is known to be a recent addition to the market, claims to have an expected life span of about 50 years with no traceable Installations dating back far enough to back up the claim.

Advantages of PEX Over PB Pipes

Due to the number of advantages such as flexibility and corrosion resistance. Plastic pipes have widely replaced copper when it comes to the piping system of households. Notwithstanding, all plastic pipes still vary from one another due to their characteristics.

Taking the two plastic pipes into consideration – polybutylene (PB) pipes and polyethylene (PEX) pipes – the very first advantage is that PEX has a greater tolerance to high pressures and temperatures compared to a PB pipe.

Taking the tolerance to high temperature has a consideration: PEX is a far better take than PB because water temperature can vary in hot water systems.

Water channeled to our homes contains a traceable amount of chlorine which is used for its purification across the globe. The issue of corrosion caused by the usage of chlorine is always a thing to worry about.

When a PB pipe is subjected to chlorine for a prolonged period of time, the bonds that make it up will break gradually, making the pipe turn weak and brittle, leading to breakage due to pressure with time.

PEX pipes have a greater resistance to corrosion which makes them last much longer even when subjected to a high concentration of chlorine.

PB pipes are no longer acceptable in some parts of the world due to their inherent weaknesses. PEX pipes, on the other hand, are still acceptable worldwide for both homes and other building usages.

Advantages of PEX Over Other Pipes

Watch this video for further information on PEX tubing: