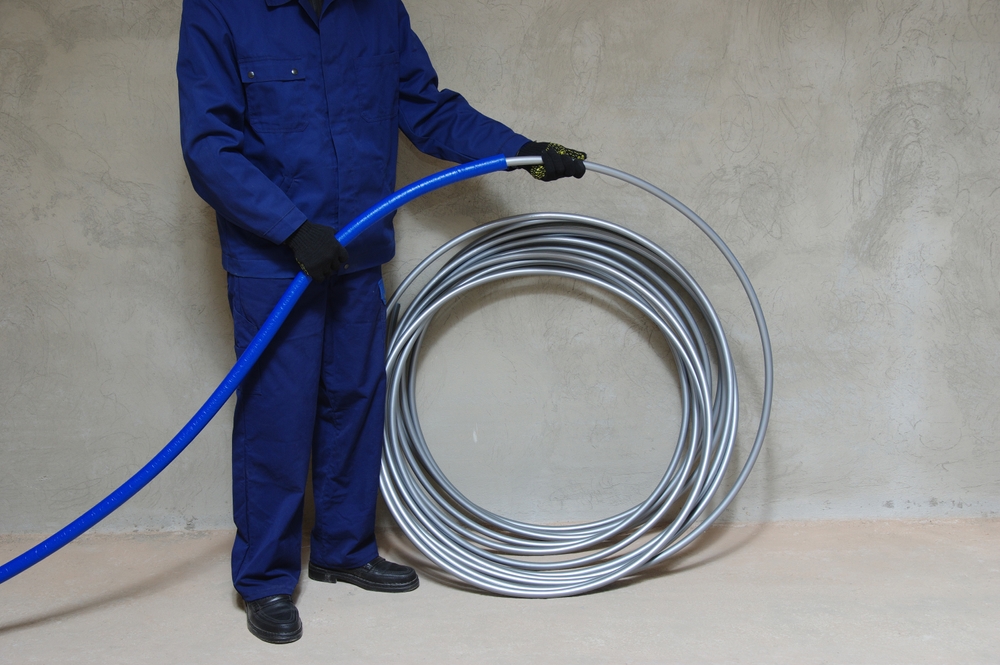 Although PEX is often thought of as being freeze-resistant or even freeze-proof, the truth is that it can still freeze and burst when exposed to cold temperatures.

Insulating the PEX piping in your crawl space is an important project to complete so that you can avoid potentially expensive repairs and replacements.

The best way to insulate PEX pipes in a crawl space is with foam insulation sleeves. Here’s how: In this article, we’ll give you a step-by-step guide to insulating your PEX piping. We’ll also talk about whether PEX in crawl spaces needs to be insulated, how you can prevent PEX from freezing, and the temperature at which PEX will freeze and burst.

One of the reasons that plumbers so often prefer PEX is that it’s extremely flexible.

PEX piping can expand as much as three times the size of its diameter and shift back to its normal size after pressure has subsided, so it’s excellent at enduring fluctuating temperatures.

However, it can still break if temperatures get low enough, so it’s a good idea to insulate it. The most common way to insulate PEX is with foam insulation.

See also  How Long Should A 40- And 50-Gallon Water Heater Last?

If you want to insulate your pipes yourself, we recommend looking for foam pipe sleeves at your local hardware store.

Here are the basic steps required when insulating PEX pipes.

Remove all oil, dirt, and moisture from the surface of the pipes.

2. Place The Insulation Over The Pipes

Next, open the slit side of the foam insulation sleeve and place it over the PEX pipes.

After placing the insulation on the pipes, rotate it so that the side with the slit is facing you.

Locate the adhesive tape inside the seams of the insulation sleeve and remove it.

Seal the insulation by pushing the sleeve’s seams together.

6. Continue With The Next Piece

Use the same process to install your next piece of insulation.

7. Connect The Two Pieces Of Insulation

Seal the ends of the two pieces of insulation together with contact cement. You’ll need to apply the contact cement and then push the ends together for 30 seconds or more so that it bonds properly.

Repeat steps two through seven until you’ve covered all of the PEX pipe surfaces with insulation. It’s as easy as that!

Should PEX Be Insulated In Crawl Space?

In a crawl space, it’s not as likely that the PEX will be exposed to UV light, but depending on the climate you live in, you might want to insulate the PEX to protect it from low temperatures that can lead to cracking and bursting.

Other than preventing damage from UV light and fluctuating temperatures, there are other benefits to insulating the PEX in your crawl space.

For example, you’ll decrease the risk of future functional failures that can occur due to condensation. You’ll also improve the energy efficiency of the PEX.

Overall, insulation helps prevent the need for future repairs and replacements. It’s an easy DIY project that is absolutely worth it for most homeowners.

How Do You Keep PEX From Freezing?

You can take several precautions to keep PEX from freezing.

The best thing you can do to prevent freezing is to insulate your PEX. This is an easy DIY project that comes with many benefits.

Adding insulation to the walls, floors, and ceilings of areas like crawl spaces, garages, basements, and attics is also helpful.

You can also keep water moving in the PEX piping by dripping your faucets. Be sure to maintain a temperature of at least 55°F in your house as well.

Another way to keep PEX from freezing is to install a water monitor. This is a device that will alert you anytime the temperature in a room reaches a point where the pipes could freeze.

Will PEX Freeze And Burst?

PEX piping is highly resistant to freezing, but that doesn’t mean it can’t freeze. PEX will freeze if it is exposed to very low temperatures. In fact, it’s recommended to insulate PEX if it encounters temperatures lower than 20°F.

The reason PEX can still burst when frozen is that ice forms on the inside surface of the piping. It continues to grow inward until it forms a plug. Then, this plug of ice grows and fills the length of the pipe.

Once it begins to push against the water in the building’s pipes, pressure builds. This is when PEX piping will burst.

At What Temperature Will PEX Burst?

Water will freeze inside pipes when it’s exposed to a sustained temperature of 32°F. However, most underground pipes freeze at 20°F, and this is when you have to start worrying about your PEX piping bursting.

If you’ve insulated your PEX piping, then it’s not likely to freeze and burst. You can also take other precautions to keep the piping from freezing.

For instance, maintaining a temperature of at least 55°F indoors, dripping your faucets to keep water moving, and installing a water monitor can help.

If you want to insulate the PEX piping in your crawl space, the best way to do so is with foam insulation sleeves.

First, you’ll need to clean the pipes before placing the insulation over them and sealing it. Place one piece of insulation at a time, connecting the pieces with contact cement. Repeat the installation process until the insulation is covering all of the PEX piping.