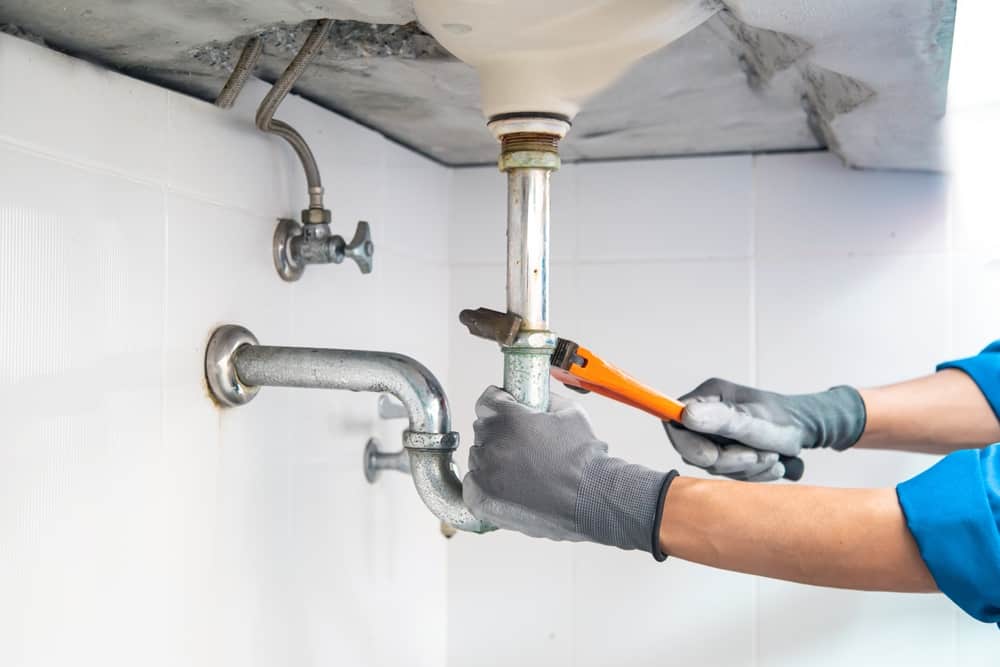 P-traps are essential parts of plumbing systems. Their role is to trap water inside and create a seal, preventing sewer gases from escaping the drain pipes.

When they work properly, P-traps let no smells pass through. That’s why foul odors coming from the drain almost always indicate a P-trap problem.

Generally, a P-trap smells when it is dry. Dry traps can occur due to incorrect installation or infrequent use of the fixture to which it is attached. Clogs in the trap can also be a source of foul odors. Fixing the problem isn’t generally difficult, but you might have to call in a plumber if the trap is incorrectly installed. Why Does My P-Trap Smell?

There are three potential causes of smelly P-traps: incorrect installation, infrequent use of the fixture, or clogs in the trap.

P-traps – and all other plumbing traps – are designed to hold water and create a seal between your home and the drainage system.

This seal prevents sewer gases from leaking into your home. Its function is essential, considering that sewer gases are toxic and can become life threatening if the concentration of hydrogen sulfide – one of these gases – is high.

One of the most common problems caused by incorrect installation is siphoning. Siphoning can happen when the wastewater flows too fast, emptying the trap completely.

An empty trap – technically called a dry trap – can’t keep the sewer gases contained in the drain system and is the source of a foul odor.

P-traps have a long arm that connects to a wall drain. This configuration generally prevents siphoning, even when the trap is installed incorrectly, as long as the fitting only serves one fixture or appliance.

The phenomenon is more common in traps that serve two or more fixtures or appliances, especially if you used the incorrect or too many wyes or elbows.

2. Infrequent Use Of The Fixture

Dry traps can sometimes occur despite a correct installation if the fixture or appliance it is attached to is used infrequently. Often, this is the case in guest bathrooms that are rarely used or in bathrooms and kitchens in vacation homes.

The dry trap phenomenon occurs due to the natural evaporation of water. Obviously, this problem is very easy to fix. Simply run the water regularly to make sure the trap doesn’t go dry.

To prevent foul smells in a second home that is used rarely, close the sink drains with the stoppers when the house is not in use. When you want to occupy it, run the water to fill the sink first, then remove the stopper.

In this way, the trap gets filled before any gases can leak into your home.

3. Clogs In The Trap

Another reason for a smelly P-trap has nothing to do with sewer gases, but it’s a matter of maintenance.

Like siphoning, clogs in the P-trap are a rare occurrence. However, there are a few things that can accumulate in the drain. These include hair, soap deposits, mineral deposits, and grease or oil build-up.

Clogs might act as seals for sewer gases. However, most of these organic materials can smell bad as they rot.

Small objects accidentally washed down the drain, such as small toys or chunkier pieces of jewelry, could also block the trap and lead to incomplete sealing when you run the water.

A low water seal will let sewer gases leak into the home just like an empty trap would.

Installing a P-trap is one of the easiest plumbing projects for beginner DIYers. However, there are a few things to keep in mind to make sure you comply with the current regulations.

According to the plumbing code, the traps must be self-cleaning, which basically means their interior must be smooth and uniform.

While the size of the trap should match the size of the tailpiece coming from the sink, it must be at least 1¼ inches in diameter. The water seal size is also regulated – the trap must hold at least two inches of water and a maximum of four.

You must also respect the distance between the trap and fixture outlet, which shouldn’t be greater than 24 inches. Also, the trap can’t be lower than the wall drain.

When installing the trap arm, keep in mind that it should follow a slight slope towards the wall drain. However, the drop shouldn’t be greater than ¼-inch per linear foot, or siphoning could occur.

Where the trap’s arm is offset, the change in direction can be no greater than 180 degrees in total and 90 degrees per fitting.

As long as you follow these rules, you can install a P-trap following the steps in the video below:

How To Get Rid Of Clogs In P-Trap? 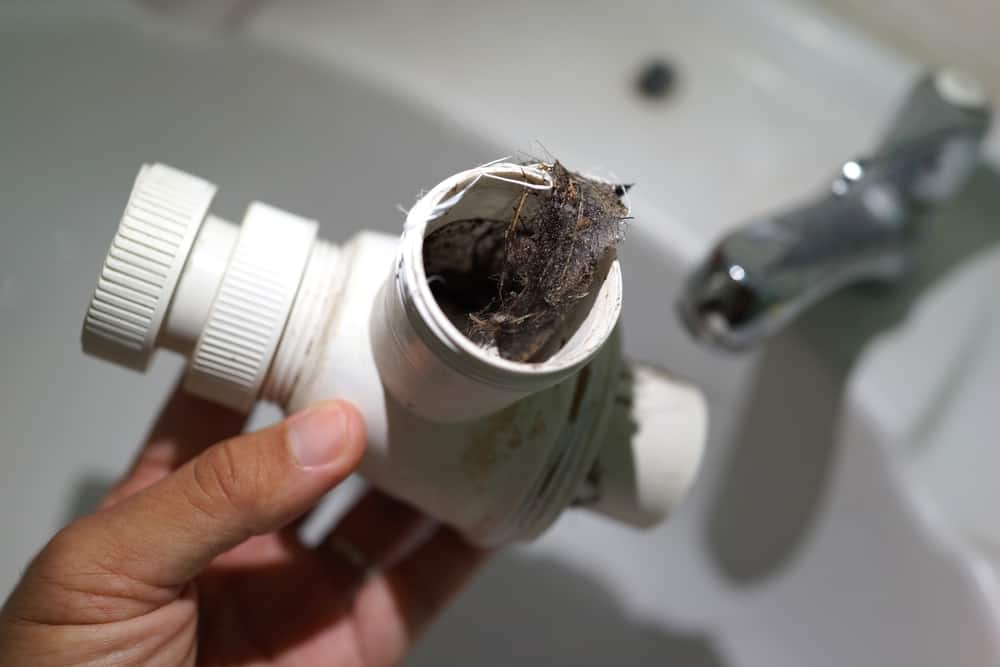 Diagnosing a clogged P-trap is generally easy. Water pooling in the sink or draining slower than usual is a clear indicator of a clog. If these symptoms are accompanied by a foul smell, the clog is likely in the trap.

When dealing with clogs, most people resort to chemical plungers and clog removers. However, these should be the last things to use. Ideally, you should be able to remove the clog with a plumbing snake. Otherwise, you can take the trap apart and clean it.

When foul smells coming from a sink or appliance permeate your home, the first thought goes to the P-trap. However, there are instances when the trap works just fine, and the problem comes from elsewhere.

Broken seals or pipes or blocked plumbing vents are other common reasons for bad odors.

Most residential drain pipes are made of PVC, which is a durable material that can last for ages. However, improper installation can cause it to burst, or the seals could become loose.

The most common mistake when installing PVC drain pipes is applying too much or too little cement where the pipe bonds to fittings.

Too much cement generally weakens the material, resulting in wobbly joints that can break easily. Too little cement doesn’t provide sufficient adherence.

External influences, such as shifting ground or building settling, can also compromise the structural integrity of your plumbing system.

A broken pipe inside a wall can be the reason for foul smells, but it can also flood your home with wastewater. You should hire a plumber to fix the issue as soon as possible.

Modern plumbing systems have water supply and drain lines but also have vents that let the air into the system.

These vents regulate the pressure inside the pipes carrying water, improving flow and minimizing the risk of backflow. They also conduct sewer gases outside your home, letting them escape through the roof.

A broken vent can leak the gases into your house. Moreover, a blocked vent could cause siphoning, leading to a dry P-trap issue.

A P-trap that smells often causes distress, but the problem is generally easy to fix. As long as the trap is installed correctly, a clog or a dry trap due to infrequent use is the most common issue. Systemic plumbing issues can also cause bad odors.

If you checked the trap and are sure that it works properly, hire a plumber to inspect your plumbing system and fix the issue.