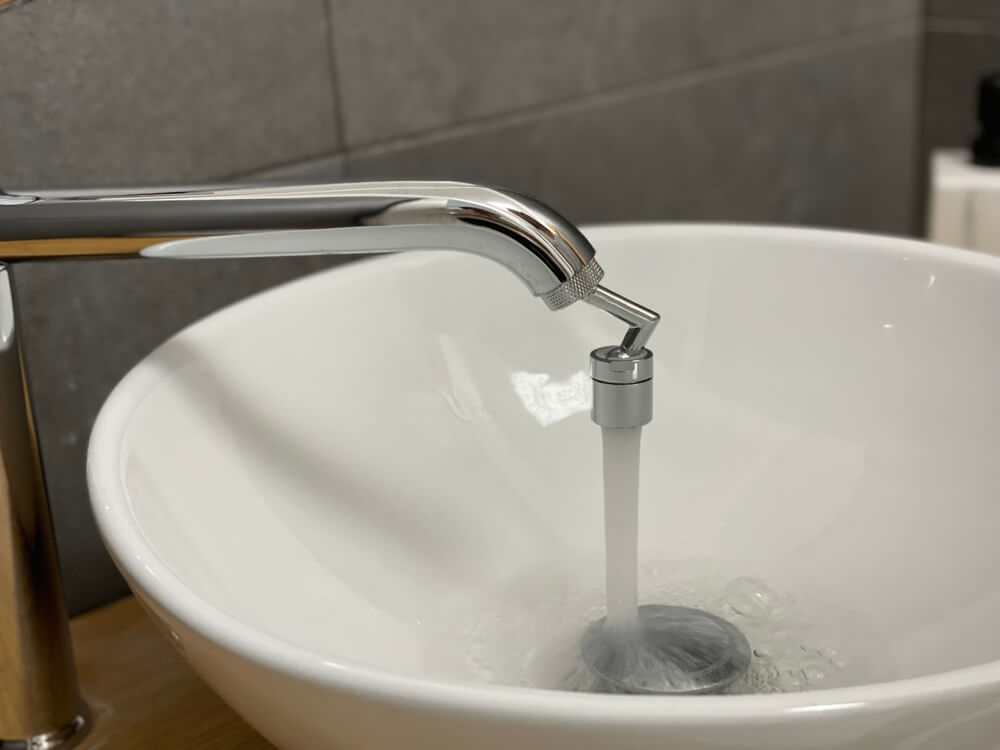 Have you ever wondered what happens to sink water once it leaves the sink? Do the pipes lead it to the sewers? Does it get filtered first?

What happens to water in countries that don’t have access to an ocean or a sea?

Letting water go is something we don’t give a second thought to, but the entire process is actually more complex than it seems.

Read on to learn where sink water goes and how it all works.

From The Sink To The Sewers

Water from the sinks, toilets, dishwashers, and washing machines ends up in the same place – in the pipes below your house. Pipes under your house are connected to the pipes from the adjacent houses.

Most community sanitary sewer systems are gravity sewers – they’re tilted enough for gravity to do its job and push the water forward.

Depending on the municipality, your community sanitary sewer systems might or might not have storm drains leading to the sewers.

It is generally better, albeit more expensive, for sewers to be separated from storm drains.

Sewers that include storm drains usually include urban runoff too, and in case of flooding of any kind (stormwater, groundwater, etc.), that runoff can back up into the pipes, clogging them or exploding into the streets.

After traveling through the sewers, wastewater reaches a sewage treatment facility – every municipality has one. And where does wastewater go after treatment?

What Happens To Wastewater?

Wastewater, after being treated, is disposed of into another body of water – a lake, river, or even the sea. This isn’t that important, though, as the treatment within the facility itself is what impacts the environment.

Since bodies of water have a dilutive element in themselves, wastewater doesn’t have to be 100% clean before it’s returned to the environment. It will only make up a minor part of the waterbody capacity and it will get diluted in the water.

Imagine holding a bit of red food dye in a small teaspoon – it looks thick and fully red. Diluting it with a little bit of water will make it less red, maybe even pink. Finally, if you put it into a glass of water and mix it, there’ll barely be any red.

This is a very rudimentary but accurate analogy of what happens to wastewater in our communities.

How Do Communities Clean Wastewater?

The ability to dilute and effectively clean the wastewater, diminishing its negative effects, is called the assimilative capacity of the water body.

Some communities use this water ability as much as possible.

Other facilities, usually greener ones, clean the wastewater fully before releasing it into the environment, thus minimizing the impact they have.

How Is Sewage Treated?

There are three steps of sewage treatment and an additional step regarding sewage sludge.

Primary sewage treatment includes letting the sewage settle in large tanks. When this happens, large and solid sludge will drop to the bottom of the tanks, while water, oil, and floating substances remain on the top.

Water and oil are then removed and separated, moving on to further treatment.

This leads us to secondary treatment – the purpose of this step is to remove biological matter, such as sugar, from the water. Matter is usually removed through the controlled use of microorganisms, mostly bacteria.

Bacteria are sometimes mixed into the sewage, while other treatment facilities run the sewage through filters with bacterial films to clean them.

The third and final step is called water cleaning. Water is moved through various filters, often including sand (as sand is very good at removing particles) or another round of bacterial cleaning (although different bacteria).

It’s important to remove the excess of certain chemicals, such as nitrogen, phosphorus, and potassium from the sewage. These three are the most important elements to plants, and they could easily disturb the natural balance of the ecosystem if they’re released in the wild.

After that, the water is released into the environment, usually in another body of water, although releasing it into the ground is also possible.

When it comes to cleaning the sludge that remains after the first step, it’s often done with the use of bacteria that feed on the sludge. Some sewage treatment facilities process it and use it (or sell it) as fertilizer.

Lately, however, there’s been talk of a fourth step.

Pharmaceutical micropollutants are becoming more common in sewage water and several European countries have been developing a method of removing those micropollutants.

This step, however, hasn’t been implemented across the globe yet.

What Can’t I Pour Into The Sink?

It’s easier to determine what you can’t pour into the sink.

The journey of sink water through treatment facilities and back into nature is a constant cycle. Sink water is moved through the sewers to a sewage treatment facility. Within this facility, wastewater is processed and released into the wild, usually into a body of water.

Not all water is 100% clean when released, but large bodies of water will dilute it and clean it with bacteria and other microorganisms.

Water often can’t be cleaned properly because of human influence – various chemicals, including beauty products and medicine, are incredibly harmful to the environment and we should refrain from flushing them down the toilet.