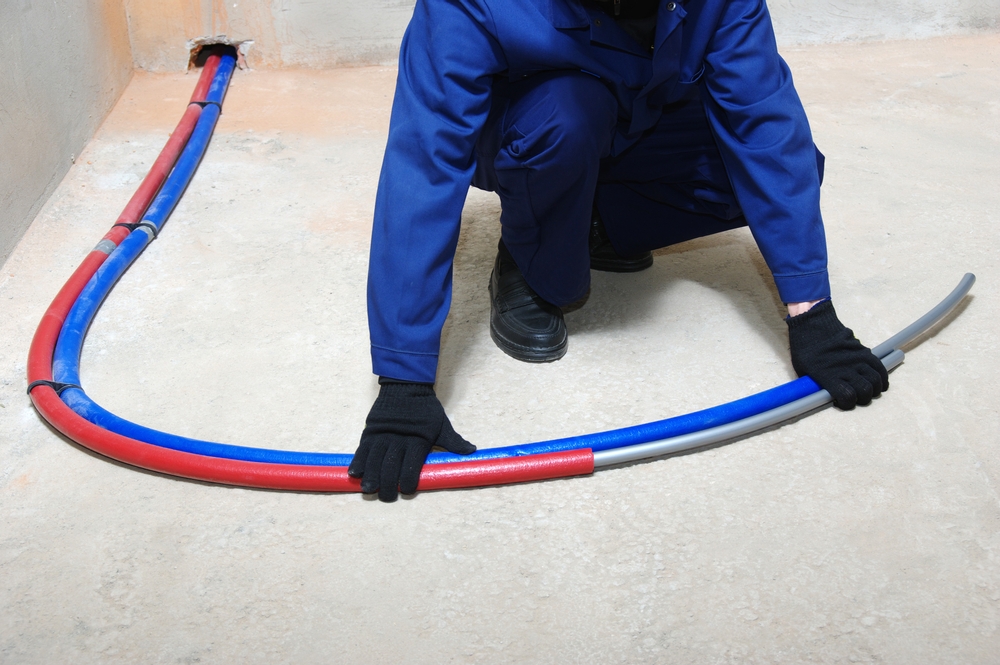 Coiled PEX pipes are known for holding their shape and being difficult to straighten, but many situations may require you to straighten them.

What are the most effective ways to straighten PEX pipes and ensure they hold their new shape?

There are multiple ways to straighten PEX pipes; you can do it manually, by running hot and cold water through the pipes, letting the pipes warm in the sun before bending them, and soaking them in hot water. You can also use a pipe straightener or purchase straight PEX pipes rather than coiled ones. Keep reading to discover several methods of straightening PEX pipes, as well as a few strategies for bending PEX pipes. We’ll also cover what happens if you kink PEX.

How To Straighten PEX Pipes

PEX pipes come as straight units or coils. Thus, you could choose to purchase straight PEX pipes in the first place, but sometimes you may need to straighten a coiled PEX pipe.

PEX coils are notorious for holding their curved shape, but there are still several ways to straighten them out.

If you’re willing to put in quite a bit of elbow grease, you can straighten your PEX pipe manually.

It’s easiest to do this by first attaching one end of the pipe to a stationary object. Move along the pipe, forcing it in the opposite direction bit by bit.

Once you’ve straightened out the entire pipe, attach the other end to another stationary object. Keep the pipe secured there for several hours to help it retain its new shape.

2. Use Hot And Cold Water

The next method you can employ to straighten out a PEX pipe is to run hot and cold water through it. Attach one of the pipe’s ends to a water source and run hot water through the pipe while holding it as flat as possible.

Continue until the pipe lays completely flat, then switch the water to cold. Running cold water through the straightened PEX pipe will help it hold its new shape.

Before trying this method, make sure that the PEX pipe you have can handle UV exposure; not all PEX pipes are rated for this.

Place your PEX pipe in a sunny area for several hours, allowing the sun to warm it up. Once the pipe has heated up, uncoil it and pull it straight.

4. Soak The Pipe In Water

This strategy for straightening PEX pipes starts by soaking the PEX pipe in hot water for up to two hours. After that, remove it from the water and uncoil it, forming it into a straight pipe.

5. Use A Pipe Straightener

Another way to straighten PEX pipes is to use a tool specifically created for this purpose: a pipe straightener.

You can purchase tabletop pipe straighteners that clamp to a workbench and do most of the heavy lifting when it comes to manual PEX straightening.

Can You Heat Up A PEX Pipe To Bend It?

We know that you can straighten a PEX pipe by heating it up, but does the same apply to bending it?

How To Bend A PEX Pipe With PEX Bend Support

To bend PEX piping with PEX bend support, you’ll first need to warm the pipe with a heat gun on the lowest setting. You could also let it sit in a hot room to warm it up.

Click the PEX pipe into place on the other side of the bend support, and you’re done!

How To Bend PEX Pipes With A PEX 90-Degree Elbow

Ensure the ends of the PEX pipes are clean and square-ended. Mark the insertion or stop point on the pipes using a permanent marker if you’re using push-fit connectors.

How To Bend A PEX Pipe With PEX Clamps

You’ll need to use flat, sturdy wood as the nailing surface when bending PEX pipes with clamps. Use a pencil and speed square to mark your desired PEX pipe angle on the wood.

Nail a PEX clamp to the wood on one side of the curve you drew, being careful not to break the clamp’s plastic sleeve. Then, slide the PEX pipe into the clamp.

Hold the end of the PEX pipe in place and slowly bend it to your desired angle, using the curve you marked in pencil as your guide.

Continue to hold the PEX pipe in place as you lay the second clamp on top of it and nail it into the wood. Don’t release your grip until both clamps are secured.

What Happens If You Kink PEX?

If you bend a PEX pipe too quickly or too tightly, you can kink it. Kinks in PEX piping are problematic because they create a weak spot in the pipe and impede the flow of water.

It’s important to fix any kinks. One way to do this is to warm up the PEX pipe and reshape it. This can be challenging to do well, though.

Another option is to cut away the damaged part of the piping and repair it with a PEX fitting.

If all you have available are coiled PEX pipes, but you need straight ones, don’t worry–there are plenty of ways to straighten them. You can straighten them manually, although it’ll take some time and effort.

In addition, you can run hot water through the pipes, straighten them, and set their new shape with cold water.

Another option is to let the pipes warm up in the sun before straightening them. A pipe straightener, which is a special tool designed specifically to straighten coiled pipes, can do the job for you as well.