Traps are essential parts of a home’s plumbing. The code requires all fixtures and appliances that drain water into a sewer system to have one.

While various plumbing traps exist, the two most common are J-traps and P-traps. What is the difference between them?

J-traps and P-traps are virtually the same. The main difference is that the J-trap term refers to the U-bend portion of the pipe, whereas P-trap is used to describe the entire fitting, including the horizontal arm. Depending on your circumstances, it could be convenient to use a complete P-trap or invest in a J-bend to connect to a desired length of pipe. Essential Differences Between J-Trap Vs. P-Trap

When looking at a plumbing trap under a sink, it’s often impossible to tell whether you have a J-trap or P-trap in place. These two fittings look identical when installed, which leads to many people using the terms interchangeably.

However, there are two crucial differences between these two sink traps: the type of nuts and what’s in the package.

Although J-traps and P-traps are essentially the same, there is a major difference in the type of nuts they use.

J-traps come with a removable nut and a captive nut located on the short section of the bend. P-traps have two removable nuts.

Theoretically, a captive nut should be easier to attach to the trap’s arm. In reality, if you have to remove the trap for any reason and damage this nut, you’ll have to replace the entire J-bend – or the entire trap.

If a P-trap’s nut gets damaged as you fasten or unfasten it, you can simply replace it with another nut.

A nut is less expensive than the entire trap, so it can make a difference for the beginners who could damage quite a few nuts as they’re learning how to fasten them properly.

What’s In The Box

Another essential difference between J and P-traps is the composition of the package.

Both traps have a U-bend section with a longer and a shorter side. This design makes the bent section of the pipe look like the letter “J” regardless of the trap name written on the package – and this is the reason many people use the terms interchangeably.

What makes a trap look like a “P” is the horizontal arm that connects it to the wall drain. This is why, generally, P-trap packages also include this arm.

Meanwhile, most packages labeled “J-trap” only include the bent section (fitted with a captive nut). They might or might not include the removable nut and generally don’t come with the horizontal arm that connects the bend to the drainpipe. 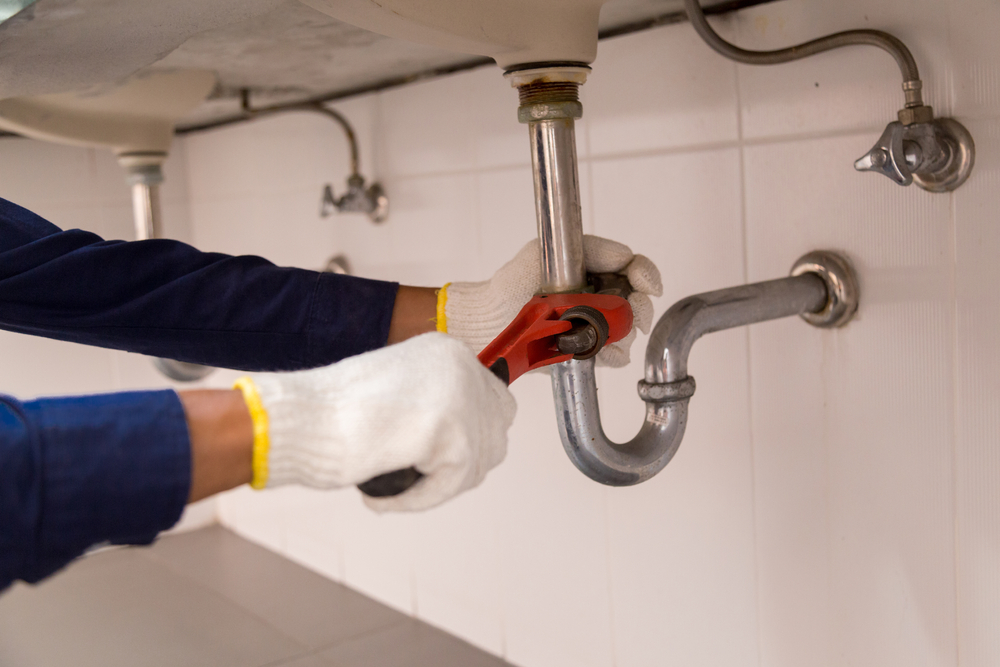 As mentioned above, J and P-traps have more similarities than differences. Let’s have a look at them:

The first thing to notice when looking at installed plumbing traps – the modern ones that comply with the International Plumbing Code – is that they are all similar.

The design might differ from brand to brand – some manufacturers prefer a rounder U-bend, whereas others provide sharper lines.

However, they are essentially the same. That’s because the only differences between P-traps and J-traps are the ones explained above.

There are three main types of fixture traps: S, J, and P. S-traps are generally found in older homes that don’t have an adequate plumbing system.

The main difference between S and P or J-traps is that the former connects to a floor drain and is used for plumbing systems that are not vented.

That’s because these traps were invented in 1775, and, back then, the water pressure in a home was much lower than it is today.

Due to the lower water pressure, S-traps worked just fine initially. However, as running water became the norm in most homes, plumbers figured out that the S-trap has a major flaw: it allows siphoning to occur, which leads to a dry trap and sewer gases leaking into the home.

That’s why Thomas Crapper developed and introduced the U-bend in 1880. The U-bend was the precursor of modern fixture traps. However, this trap had identical arms on each side of the bend.

Due to the lower water pressure back then, the flow wasn’t strong enough to push debris up this arm and then down the drain.

Thus, U-traps had major clogging problems. The J or P-traps solve both siphoning and clogging issues since the shorter arm of the bend connects to the wall drain via a horizontal section of pipe.

As a result, these traps rarely have clogging problems.

The horizontal arm connecting to the wall drain also slows down the flow, preventing siphoning.

Moreover, modern plumbing systems are vented. The air introduced by the vents regulates the water pressure as it flows down the drain, further minimizing the risk of siphoning.

Nowadays, J and P-traps are the only plumbing traps approved for use with sinks, tubs, showers, and appliances, including garbage disposals.

Another similarity between J and P-traps is their function. These two fittings work exactly alike, creating a water seal that prevents sewer gases from getting from the drain system into your house.

Regardless of the trap type you prefer, the seal must be at least two inches but no more than four inches deep.

Considering that you have to connect a J-trap to a horizontal arm that then connects to the wall drain, the J-trap essentially becomes a P-trap as soon as it is installed.

For the trap to work properly, the plumbing code states that it must be installed slightly higher than the wall drain (the horizontal arm must have a downward slope of ¼-inch per foot) and no lower than 24 inches from the fixture outlet.

Lastly, both J and P-traps come in metal and PVC or ABS options.

Metal traps are generally made of stainless steel, although aluminum and galvanized steel options might also be available. They are preferred for exposed installations due to their higher visual appeal.

Stainless steel traps are more attractive than all other types. They are also long-lasting since the material isn’t subject to rust or corrosion. However, they are the most expensive.

PVC or ABS traps are equally long-lasting. They are the cheapest type, offering excellent value for money. They are also easy to install, even by beginners. However, these materials don’t look flattering and are not appropriate for exposed installations.

A compromise between the two types is the ABS trap coated with a chromed paint product. They look like metal traps at first glance and are as durable as their white PVC counterparts.

The main downside is that the chromed coating peels off easily, leaving an unsightly effect behind.

Aluminum or galvanized steel pipes are an excellent choice for exposed installations if you want to save a buck, but these materials could become subject to rust or corrosion.

Apart from these key differences, these two traps are exactly the same. They work in the same way, and both of them are code-compliant. Generally, a P-trap is preferred because you don’t have to change the whole bend in case the nut on the shorter arm becomes damaged.