Sewage discharge predates as far back as the Stone Age and beyond; the technology of artificially disposing foul contaminated water, human waste and possibly, rain water in an organized and strategic manner evolved the conceptualization of physical hygiene, eradicated a host of diseases and played its own unique role in evolving modern architectureand archaeology.

The richness in the history of plumbing, water distribution and discharge, attributes with the quality and diversity of materials used, their method of fusion, preservative treatments, environmental impacts and of-course, their values to you the users. The above mentioned aspects have evolved with time, with technology aiming to ensure that although plumbing may intend to be beneficial, it should not be dangerous to whoever employs its methods. Sewage discharge being a major focus.

Water supply and waste discharge covers a vast sea of history and knowledge, materials have been invented to resist the detrimental effect of wastes on the environment and to properly contain and convey to adequate region. Such materials range from cast iron pipes to PVC pipes; even open channels can be considered as a method of disposal in certain cases. However, the best pipes for waste discharge vary according to intent, functionality and capacity. Pipes best for sewage and wastewater disposal however include;

The best pipe for sewage discharge is the PVC pipe, this can be used domestically and for smaller units of housing; for larger units of housing, HDPE pipes are ideal, they resist corrosion and exist within affordable price ranges.

in-depth details on each pipe have been researched in this article, stating their benefits and limitations. However beforehand, certain factors are to be considered when choosing a pipe for sewage discharge.

Chemical composition of soil or contained liquid corrodes certain types of pipes reducing their longevity. Averagely, drainage pipes behave differently in different corrosive environments. Cast iron, however are mostly highly vulnerable to moisture condensation and acidic gases, most sewage pipes (which can be quite heavy) are made from cast iron. The presence of hydrogen sulfide gas is the primary source of pipe corrosion. They are mostly found in raw water and water treatment plants; hence accumulated sulfates turn into Sulphide in low oxygen environments, sulfuric acids are then formed through bacterial action. Contacts to iron pipes by sulfuric acids corrodes its material which ultimately leads to failure of pipe. Plastic pipes on the other hand are not subject to such effects; they resist corrosion effectively and are ideal against such factor.

The relative cost of purchase of each material may be instrumental in determining the type of pipe required. The cost in installation also plays a part. No one wants to pay a vast amount of coins to run a pipe that carries human waste except if required. However, pipes with measurable costs in line with requirements can be utilized, as that is the most ideal of choices.

The installation processes for each pipe vary according to their material. Metal and steel require heat fusion by welding; plastic pipes require the use of glue, sealants and atimes a magnitude of heat. Method of placements may also involve the use of manual labor and mechanical tools. The lesser the complexity of the material, the lesser the process and methods of installation. In other words, having heavy pipes to be installed limits creativity and improvisation; any means to employ that would require large use of labor, waste time and burn monetary costs.

Discharge lines are designed to cater for various forms of industrial/ housing units. The more it caters for, the bigger the pipe has to be with all factors considered.it can be designed to cater for a 100 unit estate for separate or combined discharges. Calculated volume per sec would be used as a factor to determine how much the internal diameter of pipe can contain per cross- section. A slightly complex principle for new users, although very vital.

Pipes arranged or placed underground are rarely accessed; for an average client, the expectancy is since it has been installed, it should never develop faults. The opposite mostly, is however the case; when installing any form of pipe material, a study of the possible future faults should be done with the relative costs per potential repair. This allows client understand the concept of maintenance for that particular material to be used. If it is worth maintaining at derived cost or not.

Clay pipes have been used centuries in the past before our current time and are still laid today. Clay pipes are heavy and a quiet tricky to cut as even if they may seem archaic, it is a dependable form of sewer pipe as it is highly resistant to degradation by chemicals. Other clay pipes are not made to a uniform standard and may absorb water, weaken, become brittle or shatter when subject to light pressure. Vitrified pipes however a better than the old pipes with improved resistance to porosity and improve joint designs making them slightly flexible and leakage free. 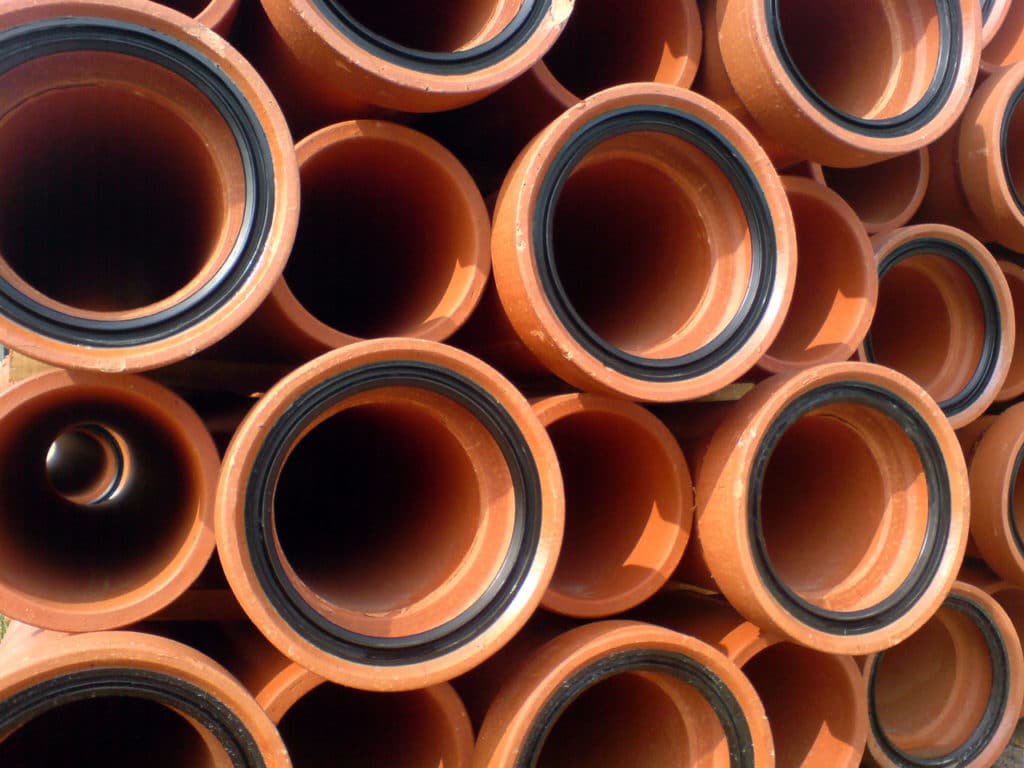 This form of pipe material served as a main stay for houses before the 1950s; it was a common feature as the material was resolutely strong but was prone to eventual rust. A 4 – 5 inch diameter pipe can withstand about 2.5 tons of pressure per linear foot 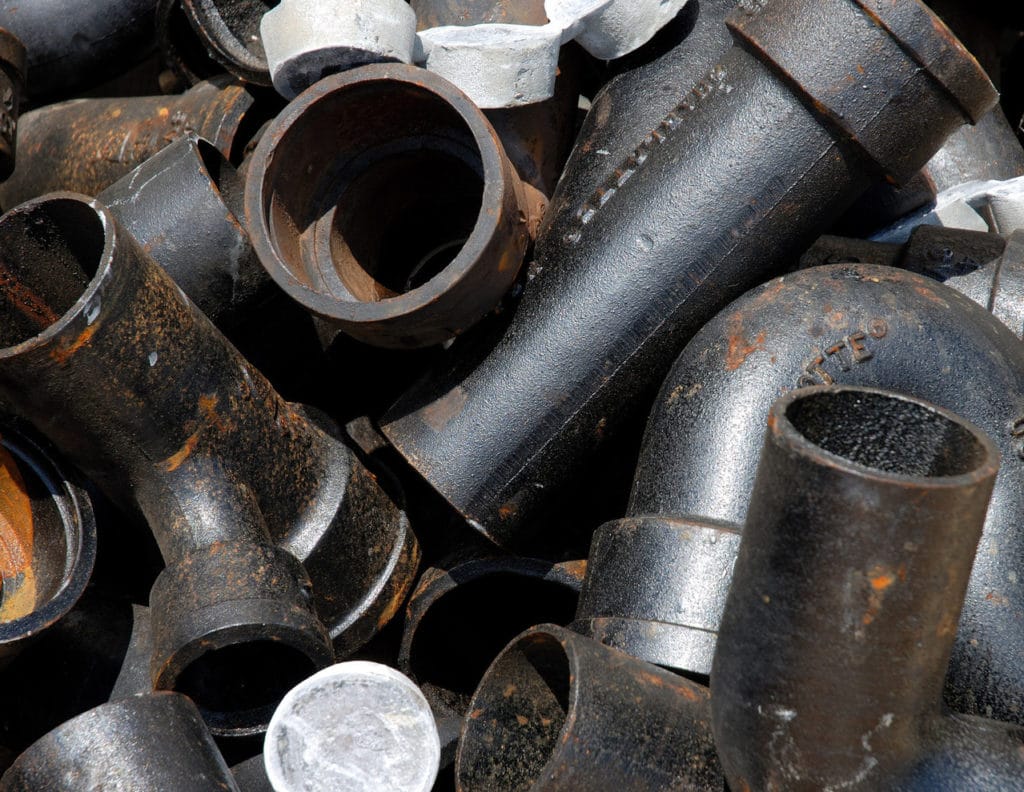 Currently the leading choice for sewage and wastewater discharge within residential homes for the past 4 to 5 decades. It’s a highly durable plastic that resists elements liable to corrode. It’s typically made of different grades: schedules 40, 80 and chlorinated polyvinyl chloride (CPVC). Plastic PVC  pipes is usually the ideal choice for DIY-ers since they are easy to cut, are available, inexpensive and can be used to complement other pipe material 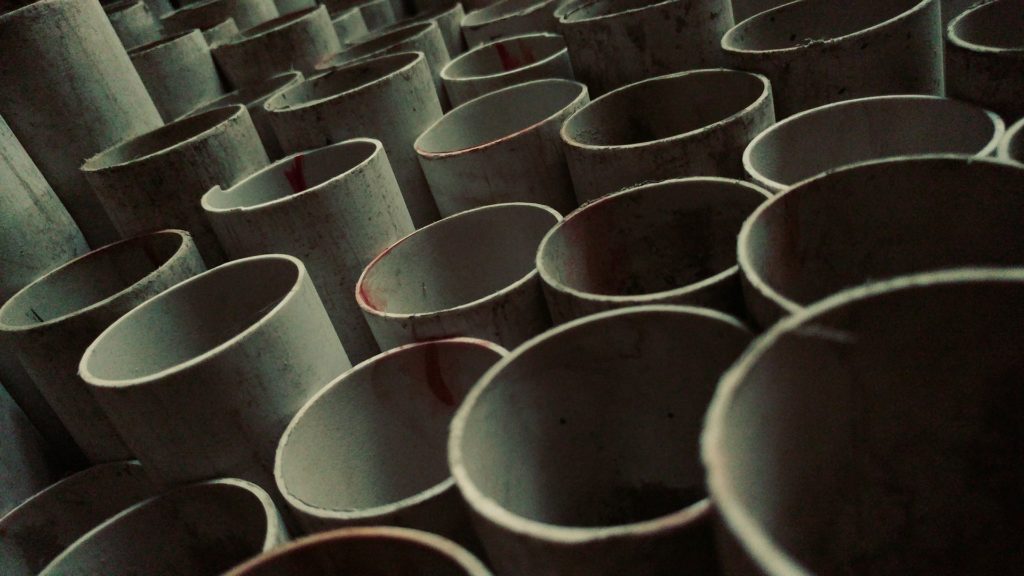 Concrete is quite popular in sewage discharge and applications. Concrete pipes are specifically designed for sewage use; which if not done properly, can lead to its failure very quickly. The biggest obstacle to be faced when utilizing a concrete pipe is getting the installation spot on. 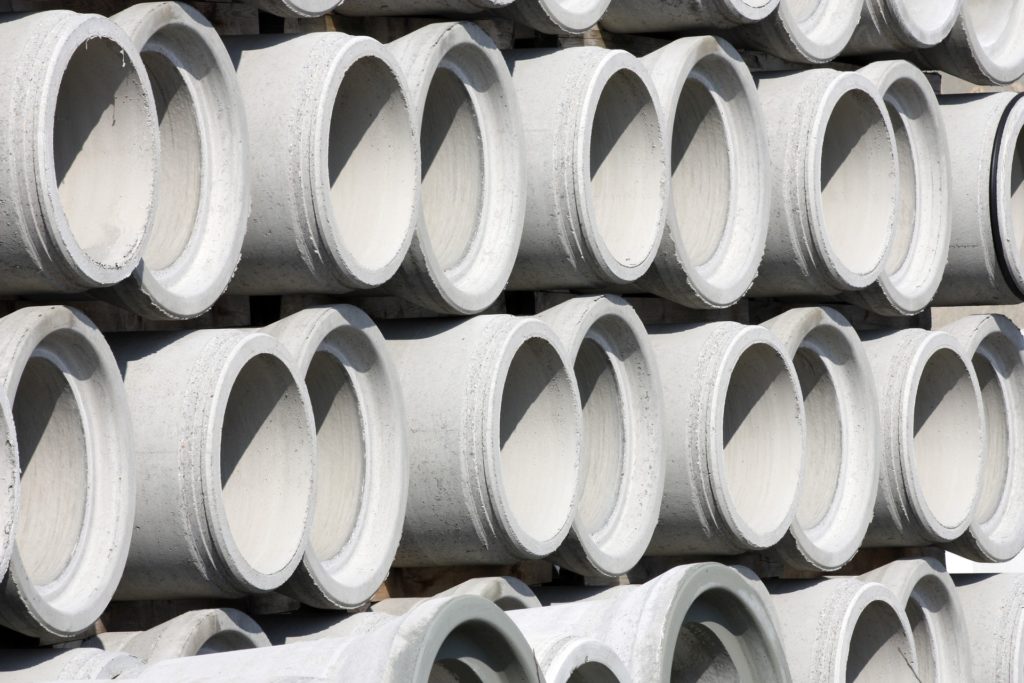 Majorly used in Europe, HDPE pipes are flexible, durable and corrosion resistant plastic pipes. They possess vast similarities with the PVC pipe although wall thicknesses do vary and HDPE pipes are made from petroleum, with added constituents making them more flexible than majorly other forms of plastic sewage pipes. HDPE is highly resistant to corrosion and has a low failure rate; which further decreases the life span costs. 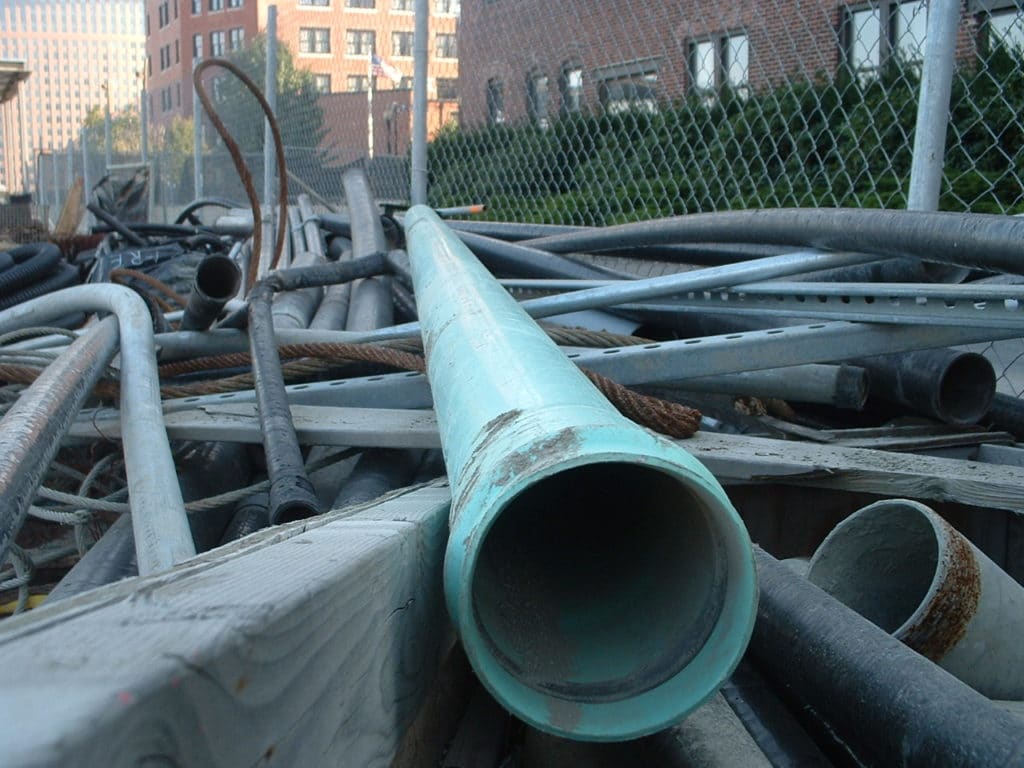