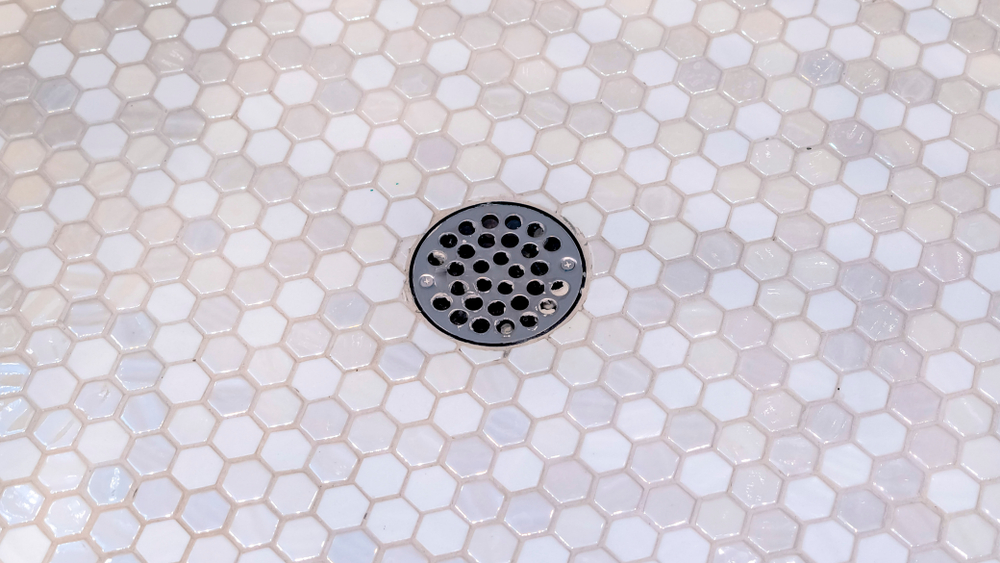 Your shower drain cover might not be something you think about every day. But if your shower drain gets clogged, it’s good to know what type of cover you have so that you can remove it.

There are six main types of covers for shower drains:

The main differences between the various drain cover types are the ways they’re made and secured, with three-piece covers being the hardest to install.

In this article, we’ll talk about the six most common types of covers for shower drains. We’ll also discuss how to remove each of the six cover types.

Finally, we’ll discuss the sizes that drain covers come in and briefly explore the names of different kinds of shower drains. 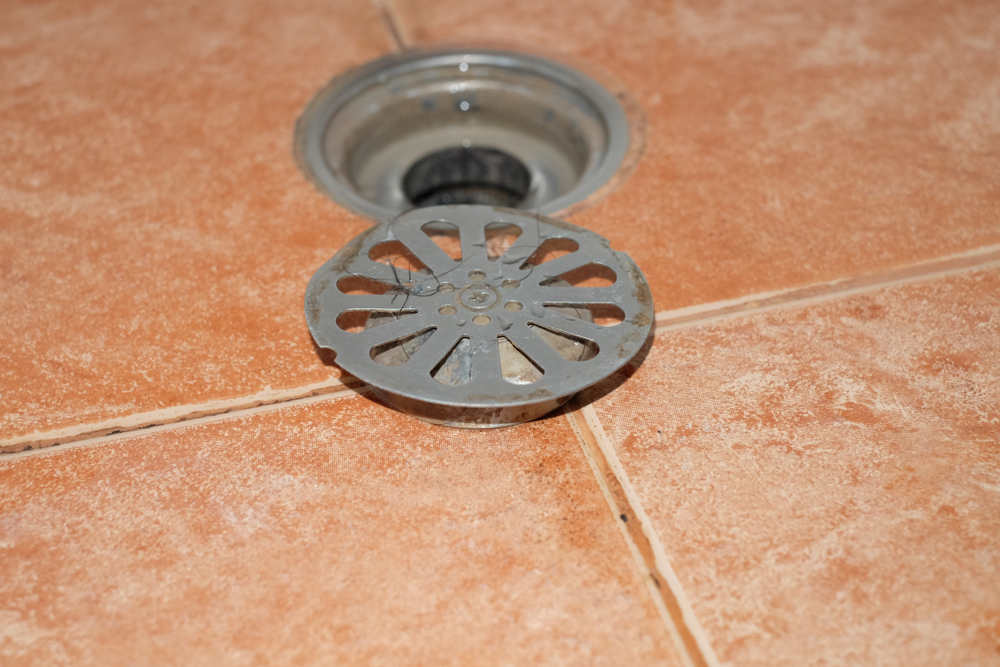 Below, find a brief description of each of the six types of covers for shower drains.

One of the most frequently used kinds of drain covers for showers is the snap-in cover. Just like the name sounds, you simply snap this kind of drain cover into place rather than bothering with screws.

Snap-in covers are easy to install, and they have prongs underneath that secure the cover in place.

Generally, it’s quite easy to remove them, but you’ll likely need to pry them up using a flathead screwdriver or another tool.

Snap-in drain covers have holes for water to drain through, but these holes are small enough to prevent hair and larger debris from going down the drain.

You can find snap-in covers in a variety of colors, patterns, and finishes, so it’s easy to purchase one that matches your shower hardware or complements your other interior design choices.

Screw-in shower drain covers are very similar to snap-in ones, except that they’re secured with screws. These screws usually come with the drain cover and are installed at the top and bottom to hold it in place.

Like most drain covers, a screw-in cover has small holes that allow water and soap to drain through while preventing larger items from getting into the plumbing system.

This type of shower drain cover comes in many different finishes, but stainless steel is the most common.

The difference between regular snap-in covers and snap-in replacement drain strainers is that the strainers are designed to be more versatile. You can often use them anywhere you need a drain cover, as long as they fit the pipe size.

However, the most significant distinction between these two types of covers is that the heavy-duty ones go through a sand-casting process.

In addition, these heavy-duty shower drain covers usually have a slotted hole pattern. Like the other types of covers, you can find them in various finishes.

The three-piece shower drain cover is the most complex of the cover types. The extra pieces involved in this type of cover create an extension of the drain cover that provides an extra barrier.

Three-piece shower drain covers are most often used when you want to protect the subflooring beneath the shower or for tiled showers.

One of the three pieces goes into the lower part of the drain. Another goes through the shower pan and into the floor, and the last piece screws into the first two. The middle piece is connected to a built-in drain cover with slotted holes.

You can adjust the depth of the drain cover depending on the way you install it.

However, it’s not recommended to install this type of drain cover yourself; it’s better to hire a professional. These drain covers are difficult to install and need to be sealed properly, or they’ll be prone to leaks.

Removable shower drain covers are designed to let water and soap through while keeping out anything that can clog the plumbing.

This type of drain cover is simply placed over the drain, rather than snapped or screwed in, and can be easily removed at any time.

You can purchase removable shower drain covers in multiple colors, sizes, and designs.

Are All Shower Drain Covers Removable?

All shower drain covers are removable, but some are easier to remove than others.

Use a Phillips head or flathead screwdriver to remove the screws. The drain cover should be easy to pick up and remove once the screws have been taken out.

You may be able to simply pull a snap-in drain cover out of the drain. For some covers, it might be necessary to wiggle it from side to side or pry it up using a screwdriver.

This type of drain cover is challenging to install, and it can be difficult to remove as well. If you need to remove your three-piece shower drain cover for any reason, we recommend calling in a professional.

Removable drain covers are meant to be removed easily; all you have to do is pick them up since they’re not secured in any way.

What Sizes Do Shower Drain Covers Come In? 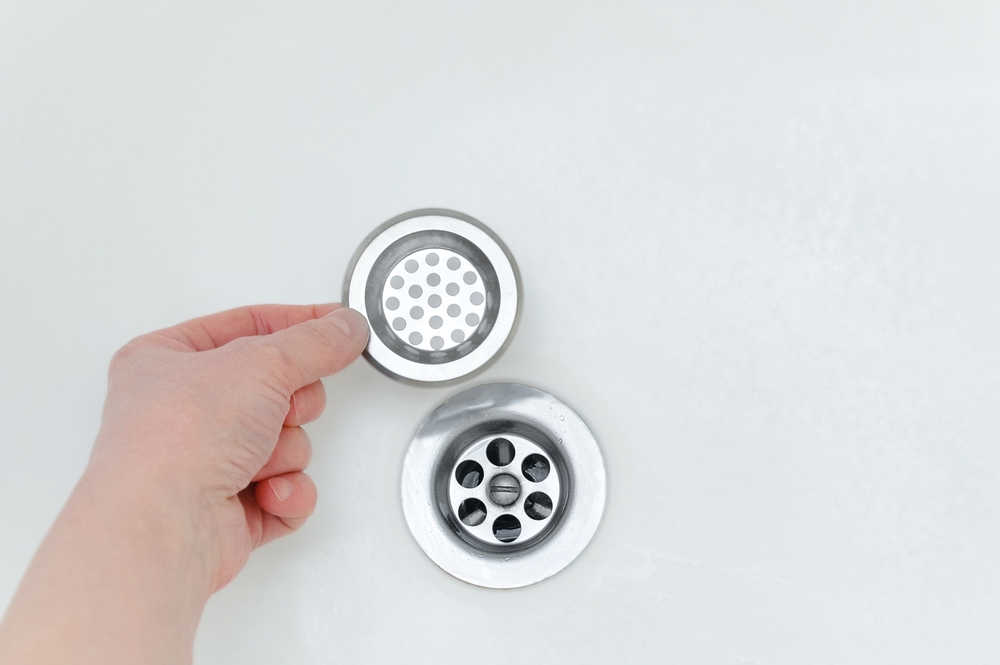 You’ll most frequently see shower drain covers that have a diameter of 4¼ inches because that’s the standard drain size for showers.

However, you can easily find shower drain covers in other sizes online. It’s best to measure your shower drain before shopping so that you get the right drain cover the first time around.

What Is The Name For A Shower Drain?

The name of a shower drain depends on the type of drain it is. Some of the most common types include linear drains, point drains, three-piece drains, multi-piece drains, and one-piece drains.

Point drains are the most common kind of drain used for showers. They’re inexpensive, efficient, and come with either round or square grills.

Since point drains require the floor to be sloped in all directions and can only be used in showers with curbs, they’re not the right choice for all showers.

Curbless varieties and showers with large tiles will typically need a different type of shower drain.

link to Can You Put Hardie Board Over Stucco? Yes (Do This!)

Continue Reading
link to Can Hardie Board Be Used Outside?

Hardie board has many benefits. It’s long-lasting, low-maintenance, and resistant to fire, moisture, pests, and insects. But is it limited to indoor applications, or can Hardie board be used...