Invented a few hundred years ago, fixture traps exist in all homes with code-compliant plumbing systems.

There are several trap types, but the two most commonly compared are the P-traps and S-traps.

The main difference between P-traps and S-traps is their design. S-traps look like the homonymous letter. They were the first invented, but in modern systems, they are prone to siphonage, which leads to dry traps. P-traps were invented to fix the S-trap. Currently, S-traps – with few exceptions – are outlawed.

What Is A P-Trap?

A P-trap is a plumbing trap consisting of a U-bend with a long and a short arm – the bend essentially looks like the letter “J” despite its “U-bend” name.

The long arm connects to the tailpiece of the sink, whereas the short arm links to a horizontal arm attached to the wall stub.

This configuration increases the trap’s efficiency, reducing the risk of clogging, backflow, siphoning, and bad odors. P-traps are approved for use on all fixtures and appliances. 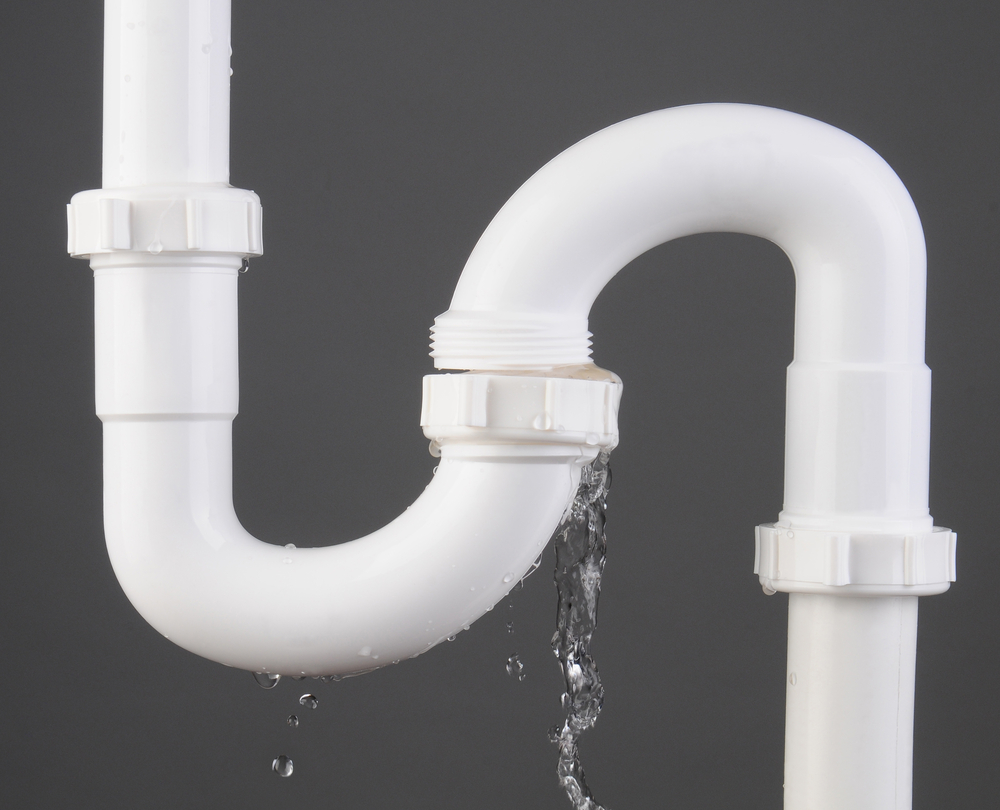 An S-trap is a rudimentary style of plumbing trap. This is the first trap ever invented, and it has been around since 1775.

S-traps owe their name to the shape that resembles the letter “S.” The U-bend of the trap connects to the tailpiece, whereas the reversed U connects the trap to a floor drain.

Initially, this type of trap worked fine because the water pressure was much lower back then. However, an increased flow also increases the risk of siphonage, which creates a vacuum and drains the water in the trap.

A dry trap can’t create an airtight seal and keep the sewer gases outside your home. Hence, they are not effective and are not approved to use in modern plumbing systems.

There is only one exception – most toilets come with built-in S-traps and connect to the floor drain instead of a wall stub.

See also  How To Straighten PEX Pipe: 5 Ways (Do This!)

Beyond the name and design, there are multiple differences between P-traps and S-traps.

The table below shows a quick comparison of these fittings:

When installing or upgrading a plumbing system, one of the main concerns is compliance with the code.

Under the International Plumbing Code, S-traps are prohibited across the United States. They have been banned since 2006 due to the risk of siphonage that could suck the water seal out of the pipe.

This doesn’t mean that S-traps have disappeared. You can still find them in older homes, especially houses with unvented plumbing systems.

In these drain systems, the traps connect to the main drain line through the floor, and this setup would make it impossible to install a P-trap.

However, because they have been banned, S-traps are generally not acceptable during house inspections. If you plan to sell the house, it might not pass the inspection, and you might be required to upgrade the plumbing system.

Both P-traps and S-traps are fairly easy to install. Generally, S-traps are slightly easier to connect to the tailpiece and drain because they only have one piece.

P-traps consist of a U-bend and an arm that often connects to the bend with a nut. There are more pieces that could make installation a tad more challenging.

Converting from an S-trap to a P-trap is a complex job that requires the help of an expert plumber.

Another major difference is the type of drain these traps require.

P-traps connect to a wall stub. This stub is attached to a wye or elbow that connects it to the main drain line.

The arm linking the trap to the wall stub has a slight slope but slows the flow of water. A slower yet steady stream, as well as the presence of venting pipes that regulate the air pressure in the system, increase efficiency.

S-traps connect to a floor drain. Gravity does its job, accelerating the water flow. These systems also lack venting, so the efficiency is diminished.

As explained above, P-traps are more efficient than S-traps due to the configuration of the trap and the presence of plumbing vents.

This is why S-traps have been banned, whereas the P-traps are the only ones approved by the code.

Siphonage is a frequent problem in S-traps. It mostly occurs due to the wastewater’s flow rate through the system.

In modern homes, the water pressure can be as high as 80 PSI. Not only is this pressure higher than what people had back in 1775 – thanks to the use of advanced pumping systems – but back then, most homes didn’t even have running water.

S-traps weren’t designed to handle a high water pressure and increased volume, and this is the main reason why siphonage occurs in these traps.

P-traps, on the other hand, handle high water pressure and increased volume just fine, thanks to the horizontal arm that slows down the flow.

As explained above, S-traps have two bends, whereas P-traps only have one. This makes a difference as far as clogging is concerned, debris accumulation and blockages being more frequent in the former.

Generally, S-traps are also harder to clean than P-traps.

A few examples of creepy creatures that can crawl up the drain include cockroaches, drain flies, fungus gnats, spiders, and fruit flies. Rodents are also known to use drain pipes as gateways into houses.

Another common problem with S-traps is backflow, as these traps are known to reverse water.

Backflow generally occurs due to clogs and blockages, which is why they are more frequent in S rather than P-traps.

Linked to the dry trap effect, S-traps are more likely to smell bad and let sewer gases enter your house.

Sewer gases aren’t only responsible for funky odors; they are also harmful and, if accumulated in high quantities, they are potentially life-threatening.

Children, pets, and seniors are the most vulnerable to becoming sick and developing severe symptoms upon inhalation. However, these gases can also affect healthy adults. 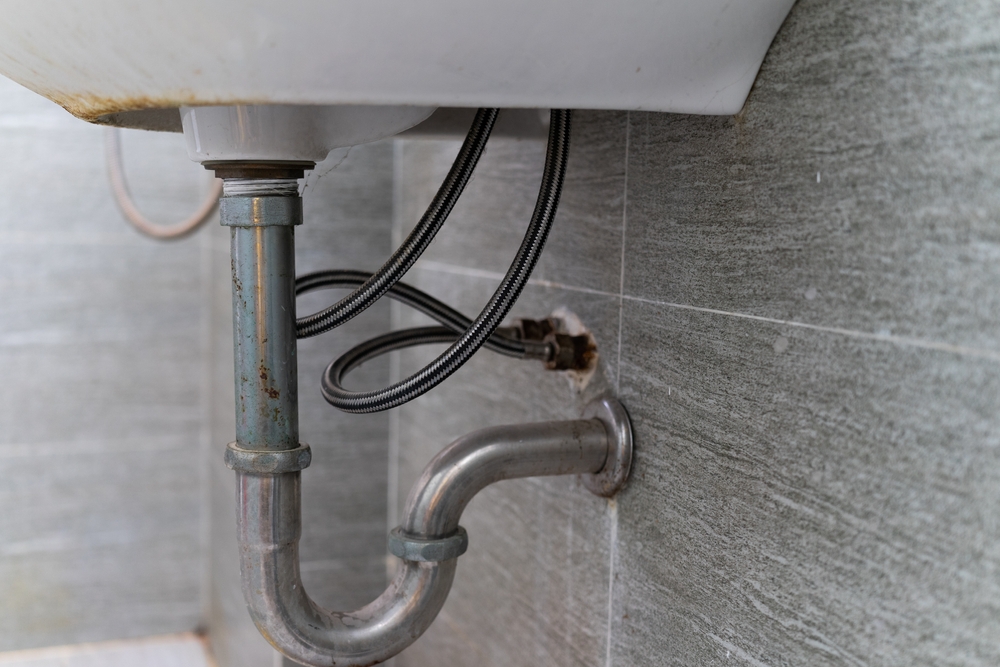 If you want your plumbing system to be code-compliant, the only type of trap you can install is the P-trap.

P-traps are suitable to use for any setup, from the kitchen to bathroom sinks, showers, tubs, appliances like washing machines, dishwashers, garbage disposals, etc.

S-traps are currently only approved for water closets. The reason they are okay to use in toilets is that these fixtures are designed to fill with water right after a flush.

As the water pressure pushes wastewater down the drain, the tank releases a slow stream of water into the bowl, filling it again.

Due to this system, siphonage is unlikely to occur. Moreover, the volume of water in a toilet bowl makes it hard for the trap to become dry.

Most toilets are also designed to connect to a floor drain. Nevertheless, the popularity of suspended water closets has made P-trap toilets more common.

P-traps and S-traps differ in everything, except for function. They both serve the same purpose, but S-traps often fail. This is why they are prohibited for use in homes, and you can only install P-traps if you want your system to be code-compliant and pass an inspection.