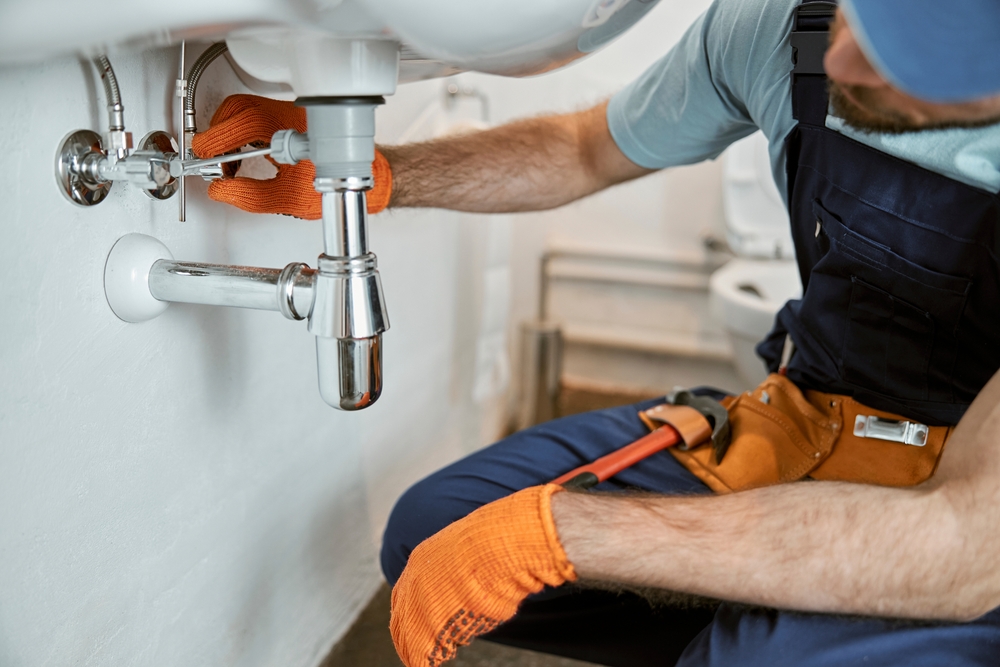 According to the plumbing code, all fixtures and appliances that drain water into a septic or sewer system have to be fitted with a trap.

The trap’s role is to create a water seal that prevents sewer gases – which are toxic – from leaking into your home.

While there are various traps out there, the only one widely approved is the P-trap. But if you don’t have enough space to accommodate it, are there other ones you can use without breaking the code?

P-trap alternatives include shallow traps, bottle traps, and HepvO waterless valves. All of these options may or may not be legal in your area, depending on local building codes and regulations. However, most jurisdictions approve them, depending on the circumstances. Sometimes, you may also be able to install a drum trap or an S instead of a P-trap.

This article will discuss the differences between various trap types, why they may or may not be legal, and the alternatives you have if a standard P-trap really doesn’t fit.

What Is The Standard P-Trap Size? 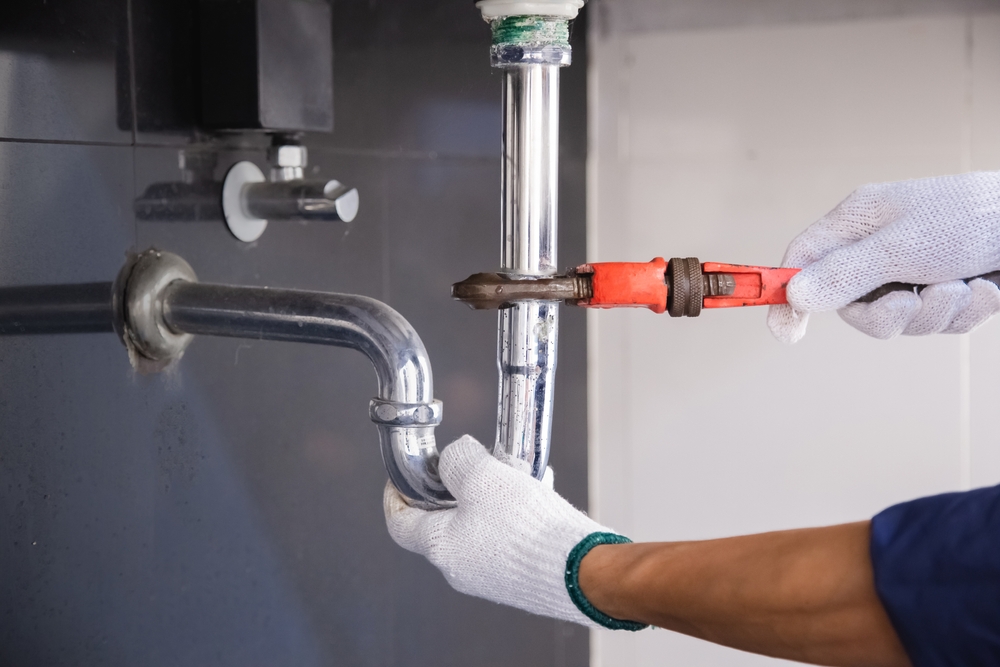 Typically, P-traps are the norm for plumbing systems. Most jurisdictions even explicitly ban the use of all other traps, with some exceptions.

The reason most municipalities approve P-traps alone is their efficiency. P-traps can create a water seal that resists siphonage, and they rarely go dry – typically, only when the fixture or appliance is not used for a long time.

Thanks to these characteristics, P-traps do an excellent job of keeping sewer gases out of homes.

However, these fixture traps come with a downside – they are bulky. Although there is no standard size, most 1 ¼-inch traps measure about 12 inches from under the fixture to the wall stub.

The bend alone is usually five inches wide, the same as the height of the trap. And these dimensions don’t include the tailpiece length.

See also  How to Plumb a Washing Machine Drain (8 Steps)

Including the tailpiece, the trap could require up to 24 inches of vertical space. Moreover, larger diameter traps are also larger in size.

While most cabinets and fixtures are designed to accommodate these trap sizes, there are instances when they are simply too large.

Problems can arise with showers and bathtubs, certain bathroom cabinet models, or fixtures installed in confined spaces. No matter your circumstances, you may find a solution in the alternatives below. 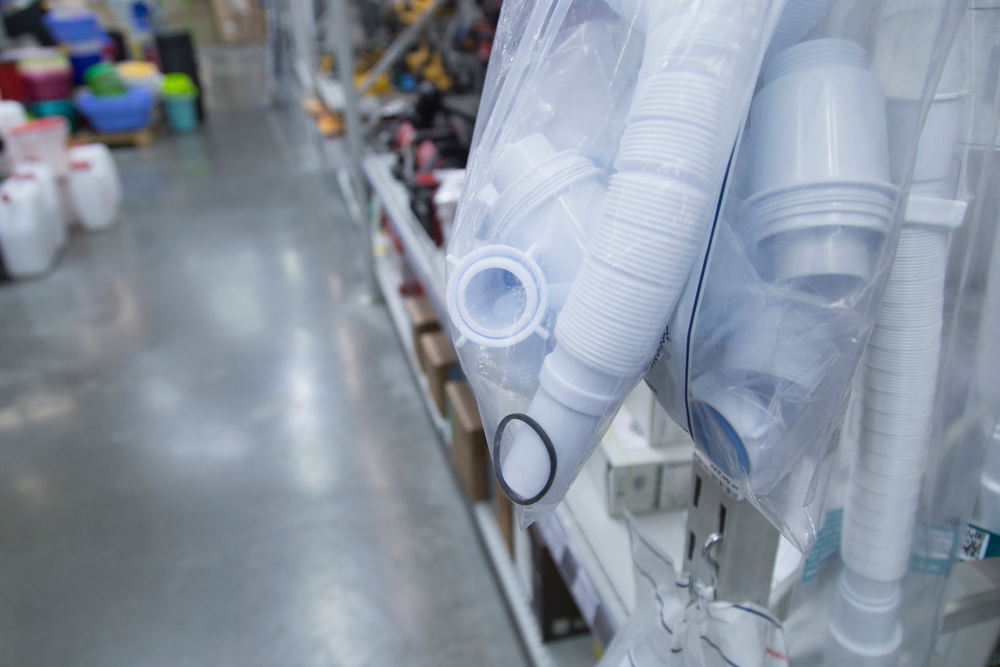 While P-traps are the norm in most cases, jurisdictions and building departments may approve the following alternatives:

Despite the glorified name, shallow traps are essentially P-traps that feature a more compact design.

To understand why they are legal and when to use them, you must understand the fixture trap requirements.

According to the code, each P-trap must have a water seal of at least two inches and a maximum of four inches. Most traps on the market – at least those considered standard – are five inches tall by five inches wide, holding a 4-inch seal.

Shallow traps are designed to hold only two inches of water, which is still perfectly legal according to the code.

You can install a shallow trap under a kitchen or bathroom sink, under the shower tray, or under a bathtub.

The main downside is that shallow traps only save space vertically. You must still connect them to a wall fitting that can be quite long, depending on the fixture design.

This can sometimes be a problem that makes shallow traps unsuitable.

Bottle traps are not very popular in America, but you can spot them in bathrooms all across Europe. They use the same principle as P-traps but feature a more compact design.

The main problem with bottle traps is that they feature an internal partition that creates the seal. Because this partition is hidden inside the trap, you have no way to control it and make sure it wasn’t damaged by rust or corrosion.

For this reason, those jurisdictions that approve the use of bottle traps in situations when a P-trap can’t be installed require the use of traps made of materials that are not subject to rust and corrosion. These materials include PVC and some metal alloys, including stainless steel.

Bottle traps are ideal for fixtures installed in confined spaces. They are also preferred for exposed installations.

S-traps are the first plumbing traps to ever be invented, but they are now frowned upon. The main problem with S-traps is that they are subject to siphonage due to their design, and this is why all jurisdictions ban them.

Now, you may wonder why we included them as P-trap alternatives if they are prohibited.

The reason they are on this list is that S-traps are generally prohibited from serving fixtures and appliances that drain water directly into a septic or sewer system.

However, your building department might approve their use for appliances that drain into a greywater tank.

This could be the case of a washing machine draining into an irrigation tank. In this situation, you don’t have to worry about sewer gases traveling through the pipes into your house, so using an S-trap could be fine.

HepvO waterless valves are P-trap alternatives primarily designed for RVs. However, more and more jurisdictions across the nation have started to approve them for use in residential applications.

These valves are essentially dry traps with a system of valves that open up to let the water stream pass through, then close to prevent sewer gases from leaking into the home.

Generally, HepvO valves do a decent job in keeping sewer gases into the drain system. However, they can become smelly.

In situations where you don’t have enough space for a P-trap and are unsure which trap type to use, you can opt for a fixture with built-in traps.

The former makes installation easier, especially for showers and bathtubs. The latter is generally designed for disabled people, but nobody stops you from installing one in your home.

According to the Universal Plumbing Code, all traps that are integral with a fixture are approved for use in residential and commercial settings.

A P-trap alternative generally used for commercial applications and industries is the drum trap.

These traps can be used as solid interceptors or for fixtures that serve chemical waste systems. However, they are not approved for use in residential applications.

P-traps are universally approved, and you can install one without worrying that your home won’t pass an inspection. However, if you don’t have enough room for one or simply want to use another trap, you may be able to use a bottle trap, shallow trap, a waterless valve, or even an S trap as an alternative.