If your bathroom sink has exposed plumbing or you have little space under a kitchen sink, you might wonder whether you could replace the P-trap with a smaller – and more stylish – European-style bottle trap.

Is there a real difference between the two, except for the design?

P-traps and bottle traps serve the same purpose, but they are two distinct types of fixture traps. Generally, P-traps are considered the norm throughout the US. They are inexpensive, efficient, easy to maintain, and fairly easy to install. Bottle traps are less efficient than P-traps and are prone to clogging. This is why some states have banned them.

What Is A Bottle Trap?

A bottle trap is a type of fixture trap that looks like an upside-down bottle when installed; hence, the name.

Its interior consists of bends and curves designed to trap water and create an airtight seal in the same way P-traps do. This makes bottle traps almost as efficient as P-traps, and this is the reason why they are legal in some states.

What Is A P-Trap?

A P-trap is the most common – and often the only legal type of – trap found in homes across America. They consist of a U-bend with a shorter and a longer arm.

Because of this design, P-traps are generally larger than bottle traps and need more space under the sink. This makes bottle traps more convenient in some circumstances. 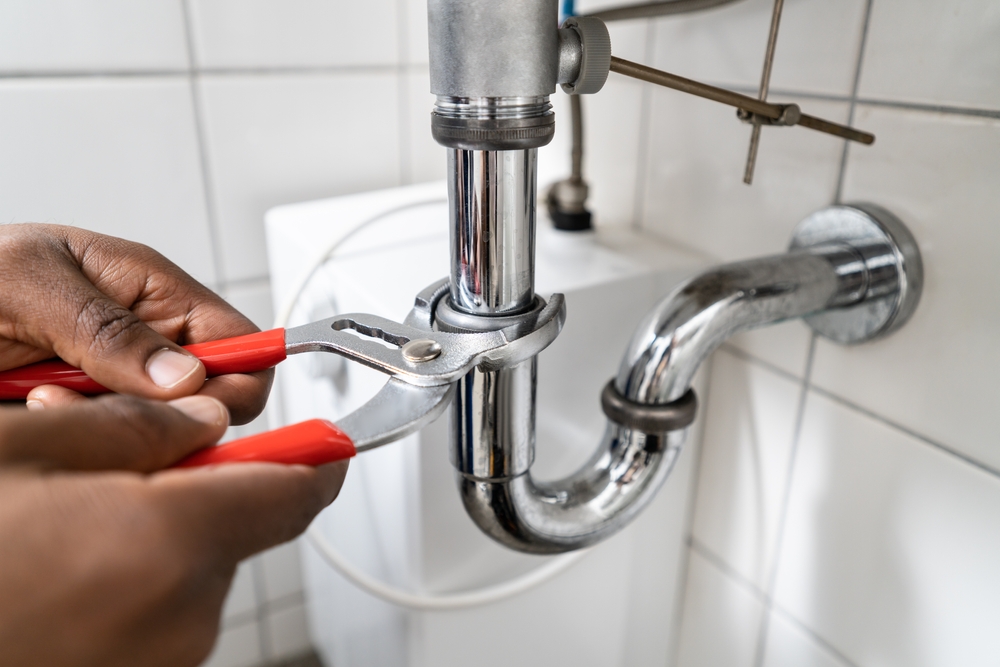 P-traps and bottle traps look radically different, but how do they compare?

The table below shows a quick overview of these plumbing essentials:

P-traps are generally considered the most efficient and secure type of fixture trap. Not only are they approved in all states, but P-traps are the only traps you can use in numerous municipalities.

Bottle traps may or may not be legal in your area, depending on where you live. For instance, New York prohibits them – alongside S-traps and other trap types – but you can use them in Alabama, as long as they’re made of an approved material.

California and a bunch of other states also allow bottle traps to be installed in “special conditions.” However, you should check with your building department what those conditions are and whether they apply to you.

The latter shape is more visually appealing. Generally, bottle traps are also made of metal rather than PVC (even though there are exceptions), and this makes them even more attractive.

If you have a passion for interior design and like the European-style bathrooms with exposed plumbing under the sink, you might prefer a bottle trap. However, stainless steel P-traps can also look stylish.

P-traps have a smooth interior – they are essentially a bent section of the drain line. Bottle traps have interior partitions that trap water in the same way P-traps do, albeit in a more compact design.

Both P-traps and bottle traps are equally easy to install. They both connect to the tailpiece and a wall drain. The main difference is the required space.

Bottle traps are compact fittings that require very little space under the fixture. P-traps are larger and require a lot of available space.

When newly installed, bottle traps are as efficient as P-traps. As explained above, the internal system mimics the U-bend of a P-trap, creating a water seal in a similar fashion.

Neither of these trap styles has major siphoning problems, which means that the seal is reliable in keeping sewer gases and bugs out of your property. However, bottle traps are more likely to fail than P-traps.

The main problem these traps have is clogging. Due to the sharper bends and smaller space inside the trap, gunk generally accumulates on the trap’s bottom.

Sure, you can get rid of clogs easily, but they can become a nuisance. Sometimes, they can also prevent the water seal from forming.

Another major problem is the durability of the trap. The internal partitions are often made of metals that are subject to rust and corrosion.

Thus, your trap might look good on the outside but rot on the inside and fail to do its job.

This is the main reason why some states prohibit bottle traps, while others only allow them as “special conditions” or if made of approved materials.

Generally, P-traps are considered self-cleaning, and they rarely clog. However, if a P-trap does clog, you’ll have to remove it completely to clean it out.

Bottle traps clog more easily, but they are very easy to clean. A cap at the bottom of the trap lets you open it and remove the gunk without messing with the whole installation.

While some people may not feel confident enough to clean a P-trap, almost anyone can clean a bottle trap.

As mentioned above, bottle traps are more likely to clog compared to P-traps.

However, they are easier to clean, and their efficiency is similar to that of P-traps if maintained correctly.

P-traps, on the other hand, are suitable for all fixtures and appliances, including sinks, showers, tubs, water closets, washing machines and dishwashers, and even the garbage disposal.

If you want to install an approved fixture trap without looking at the code, you can’t go wrong with a P-trap. However, bottle traps have their own advantages. They could be a better choice in a small bathroom or for an exposed installation, as long as your local code approves them.